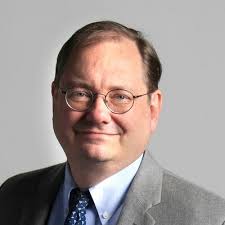 This season will bring the return of our Sunday Series, a four-part screening and lecture series with acclaimed film critic, Stephen Whitty, featuring films with none other than the award-winning actress… Meryl Streep!

Often described as the “best actress of her generation”, Ms. Streep is particularly known for her versatility and accents. Nominated for a record 21 Academy Awards, 31 Golden Globes and a slew of others, her five-decade body of work has proven her cross-generational appeal.

In every film portrayal, whether it be a strong, dominating fashion Queen (Miranda Priestly), a world renowned Chef (Julia Child), a free-spirited Mother (Donna Sheridan), or as the longest-serving British Prime Minister of the 20th century (Margaret Thatcher), viewers find themselves whisked away on that character’s journey.

"Sophie's Choice" (1982) - A Drama/Romance starring Meryl Streep as "Sophie." In 1947, a young writer named Stingo moves to a boarding house in Brooklyn to write a novel and is befriended by Polish immigrant Sophie Zawistowski and her emotionally unstable lover Nathan Landau.

Out of Africa (1985) - Meryl Streep in her Oscar nominated role as Karen Blixen, a wealthy Danish woman who travels to Africa to start a new life with a new husband, only to discover that all is not what she expects…; she now has to discover love and courage in ways that she never knew existed. 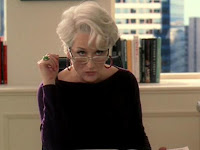 The Devil Wears Prada (2006) - “Gird your loins”, as a recent college graduate (Anne Hathaway) with big dreams of becoming a journalist in New York City who does not know the difference between “Jimmy Choos” or a basic flat shoe, stumbles into a co-assistant position supporting the top editor (Meryl Streep)….. of a prestigious fashion magazine?...

The Post (2017) – Meryl Streep stars as Katharine Graham, the first female publisher of a major American newspaper—The Washington Post. With help from editor Ben Bradlee (Tom Hanks), Graham races to catch up with The New York Times to expose a massive cover-up of government secrets that spans three decades and four U.S. presidents. Together, they must overcome their differences as they risk their careers—and very freedom—to help bring long-buried truths to light.