“So many wonderful actors have worked on the MST stage, and many of them are known for having written and performed self-generated material,” says MST Artistic Director Chris O’Connor. “I’m always saying to them how much I’d love to offer MST as a venue to present their material. We recognized a break in our programming this October, so we’re dedicating two weeks on the MST stage to host these artists. I think there’s a little bit of everything for our audience in this lineup.” 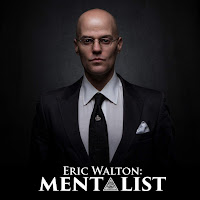 The MST Solo Works Festival kicks off the first week (October 18-20) with the return of Eric Walton: Mentalist, which had a sold out run at MST last year. Eric Walton:  Mentalist is a fascinating theatrical foray into the realms of parapsychology, metaphysics, and anomalous cognition, led by the critically-acclaimed mentalist, showman, and raconteur, Eric Walton (“The sharpest knife in the drawer!”—Gothamist.com). In this compelling and highly interactive 75-minute piece, audiences witness and participate in mystifying demonstrations of mind-reading and other feats of extra-sensory perception by a true master of the art of mentalism.

Suitable for audiences ages 10 and up.

Dana Jacks in Fall Risk, Ms. Jacks harrowing story about being hit by a speeding bicylist and suffering a Traumatic Brain Injury (TBI). Her relationship to her body and mind was suddenly altered. The name of the piece refers to the bracelet she wore in the hospital—FALL RISK.  Fall Risk is about the risks we take very day living our lives and the people who show up when we need them the most.

Suitable for audiences ages 13 and up.

We present Trump/Lear, David Carl’s Trump-inspired version of Shakespeare's King Lear. Carl David is forced to perform his King Lear to an unseen online audience of one, as the President restlessly watched remotely from a live and public feed. The stakes are high: if Trump likes Carl and his show, Carl lives. If not, Carl dies. But how can Carl get through a show where he has created a Lear based on Trump himself without offending the audience? This surreal sendup of The Donald has recently returned from sold out performances at the Edinburgh Fringe Festival.
Suitable for audiences ages 16 and up. 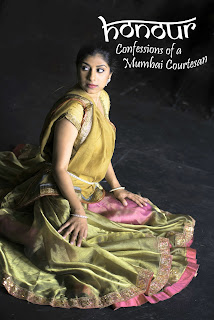 Honour: Confessions of a Mumbai Courtesan
by Dipti Mehta

We continue the Solo Works Festival with  Honour: Confessions of a Mumbai Courtesan, a fun, poignant and deeply moving coming-of-age story of a girl living in a brothel. HONOUR depicts a child's life pushed to the brink. Will she escape her circumstances and fate? It is a piece that operates on many levels: music, dance and storytelling, to engage the viewer on a very visceral level.

Suitable for audiences ages 16 and up. 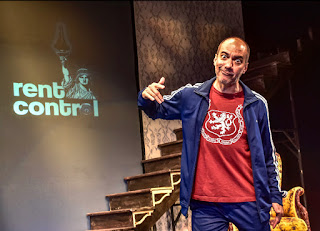 The Solo Works Festival performance schedule ends with Evan Zes’ personal story of survival as a struggling actor living in the heart of New York City, Rent Control. When Evan falls backwards into one of the few remaining rent-controlled apartments in NYC, he finds a way to make money and pursue his dream, turning the apartment into a lucrative Airbnb enterprise—that is, until his moneymaking scheme backfires and he falls prey to a world of internet scam artists and low-level gangsters who threaten to ruin his life. This cautionary tale has had audiences howling with laughter and at the same time on the edge of their seats. Critics have called it "...cheerfully profane," a "...surprise thriller" and "...dangerously hilarious". MST audiences will remember Evan from MST’s hit production of The 39 Steps.

Suitable for audiences ages 13 and up.

Rounding out the entire festival, on Oct. 26th from 2 to 6pm, will be a Writers’ Workshop for solo performance by MST’s playwright-in-residence Joseph Gallo, open to writer/performers of all levels of experience.