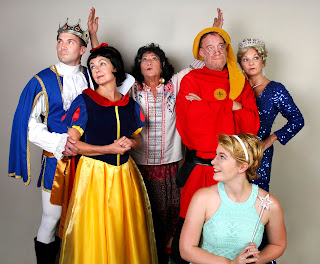 Vanya and Sonia and Masha and Spike

Siblings Vanya and Sonia live out their days in an endless, bleak tableau in Bucks County, PA. All seems numbingly mundane until in sweeps hurricane Masha, their fading movie star sister with her shiny new boyfriend and a big announcement that will impact all their lives.

The cast of Vanya and Sonia and Masha and Spike features Meg Foley of Bloomfield as Nina, Liza Harris of Flanders as Masha, Carla Kendall of Wayne as Cassandra, Penny Paul of Montclair as Sonia, Charles Grayson of Morristown as Vanya, and Jeff Hogan of Flanders as Spike.