New Season Announced for “PAC the House Series” at HACPAC

“PAC the House has become the signature series at HACPAC,” said Nina Bachrach, Board Chair for the HACPAC Board of Trustees. “Since the opening night concert in 2017, virtually all of the PAC the House shows have sold out, so we encourage our audiences to get their tickets early and plan to enjoy one of Hackensack’s many restaurants before each show.”

The Opening Night concert featuring singer Valerie Simpson, best known for the duo Ashford and Simpson, is on Saturday, September 28, at 8:00 p.m. Simpson is renowned for her collaborations with her late husband Nick Ashford. The pair wrote a long list of classic hits including “Ain’t No Mountain High Enough,” “You’re All I Need to Get By,” “Ain’t Nothing Like the Real Thing,” “I Don’t Need No Doctor,” and “Reach Out and Touch,” and their recording of “Found a Cure” reached the top of the charts in 1979. They received ASCAP’s highest honor, the Founder’s Award, in 1996 and they were inducted into the Songwriter’s Hall of Fame in 2002.

Three-time Grammy Award-winner Donnie McClurkin is one of the best-selling Gospel recording artists in history with hits such as “Stand” and “We Fall Down.” He hosts both his own television series and an award-winning radio program. His eight solo albums have been embraced by millions of fans, and have put him in roles in films, on television, and as a regular host on TBN. He has been featured in a wide-range of publications including USA Today, The New York Times, ESSENCE Magazine, Ebony, Jet, Billboard and The Hollywood Reporter. He appears at HACPAC on Saturday, November 2, at 8:00 p.m.

On January 11 at 8:00 p.m., the Colombian singer, songwriter and accordionist Gregorio Uribe performs with his ensemble. The graduate of the Berklee College of Music has received critical acclaim for his upbeat danceable music which blends cumbia and other Colombian rhythms with his very creative arrangements. His first release featured the Latin music star Ruben Blades and led to sold-out performances at venues such as Jazz at Lincoln Center. His accordion work can be heard on the Latin Grammy Award-winning album “Marc Anthony for Babies” and he was recently named one of the “100 most successful Columbians Abroad.” Billboard Magazine named him a “Latin Artist on the Rise.” 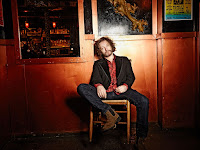 The fourth concert in the series brings singer-songwriter James Maddock to the stage on March 28 at 8 p.m. Maddock, who has built a large loyal fan base since bursting onto the music scene in 1999, was introduced to American audiences as frontman for the band Wood which was featured prominently in the hit television show “Dawson’s Creek.” After moving from England to New York, he launched a solo career with “Sunrise On Avenue C,” winning a New York Music Award for Best Americana Album. His current tour includes music from his latest release “The Green” as well as fan favorites from earlier works. His concerts are known to produce imaginative reinterpretations of his songs which keep them fresh both for himself and for his audience.

Jazz trumpeter and singer Bria Skonberg concludes the series with an appearance on April 18 at 8 p.m. Noted as a millennial “shaking up the jazz world,” Bria has received two JUNO Award nominations, winning in 2017, and has been awarded the Jazz at Lincoln Center Swing Award, the Best Vocal and Best Trumpet Awards from Hot House Jazz Magazine, Outstanding Jazz Artist from the New York Bistro Awards, and the DownBeat Rising Star Award. The Wall Street Journal called her “one of the most versatile and imposing musicians of her generation” and All About Jazz wrote that she is “a rare talent.” Her infrequent New Jersey appearances always sell out.

“We are excited about the great talent HACPAC is attracting and see the facility as a centerpiece in the revitalization of Hackensack,” said Mayor John Labrosse. “Not only is the performing arts center attracting audiences from across Northern New Jersey, it is also bringing our many different communities together. With a dynamic art gallery and an active stage, HACPAC has brought new life to our downtown and its success will only continue.”

The PAC the House Series is made possible thanks to sponsorship grants from Hekemian & Co. Inc., Inserra Supermarkets, the Hackensack Meridian Health Hackensack University Medical Center, Capodagli Property Company, and the Enburg Group.