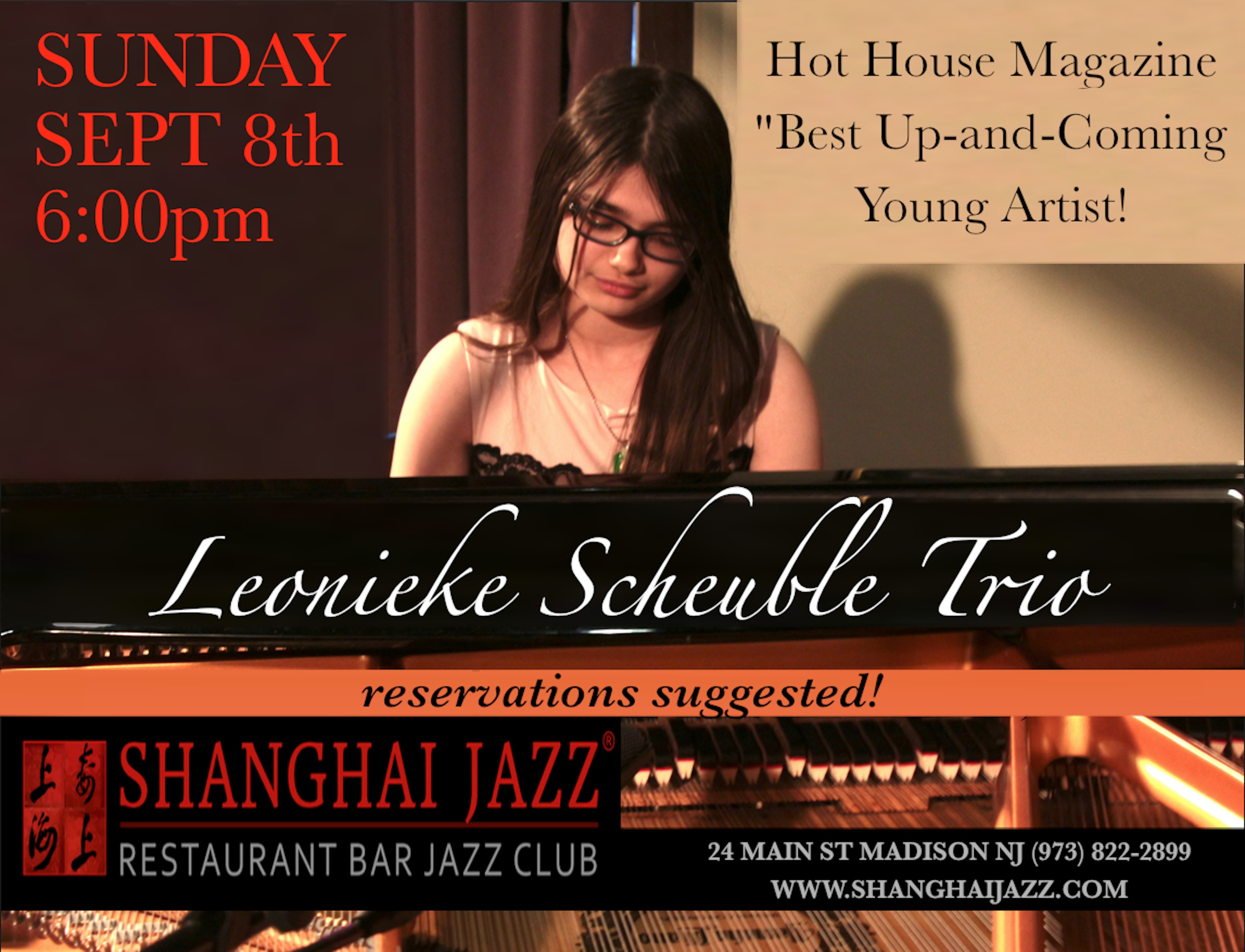 Leoneike Scheuble was named Hot House Magazine’s “Best Up and Coming Young Artist” and, though she is just 16, she has established herself as a truly special musician. She has been performing at Shanghai Jazz for three years now and the fun she has when seated at a piano is infectious! Her music is inspired and her talent unmistakable.

A true Jazz piano prodigy Leokeike first gained attention after winning the International Women in Jazz “Youth in Action Award” at age 11. The same year, she was the subject of an hour-long interview “The Future of Jazz” over America’s premier jazz radio station, WBGO and was recorded by Rudy Ban Gelder in her debut recording featuring the great Miles Davis’ drummer, Jimmy Cobb.

Since then, Leoneike has recorded as a sideman, released another CD as leader that features Mark Whitfield and Steve Davis. She has won Hot House Fans Decision Award for “Best Up and Coming Young Artist” and has become a TEDx speaker.