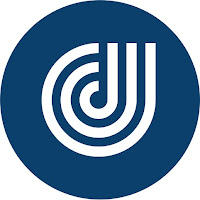 WHEN: Thursdays with coffee and conversation beginning at 10:30 am. Morning presentation runs from 10:45 am-12 pm; lunch (buy or bring your own) from 12-12:45 pm; and afternoon presentation from 12:45-2:00 pm.
WHERE: Kaplen JCC, 411 E. Clinton Ave., Tenafly
TUITION: Cost for 3 Thursdays is $95 for JCC members/$115 public; Cost for single Thursday is $36 JCC members, $44 public. First 10 participants to register for the full JCC U series will receive Julie Salamon’s book An Innocent Bystander: The Killing of Leon Klinghoffer.
For more information, visit jccotp.org/jccu or call Kathy Graff at 201.408.1454.

JCC University at the Kaplen JCC on the Palisades is now taking enrollment for its three-session fall term, where people can connect, find new interests and stay involved in current developments that shape our world. Top professors and experts will present on topics that include science, literature, film, politics, psychology, art and more, creating platforms that allow people to listen, learn and get answers while meeting people and making new friends.

An Innocent Bystander: The Killing of Leon Klinghoffer

In 1985, four Palestinian terrorists hijacked the Achille Lauro. Wheelchair-bound passenger Leon Klinghoffer was shot and thrown overboard. For her book, author and journalist Julie Salamon meticulously researched this story, interviewing almost all the living participants. She will present a full understanding of Klinghoffer’s murder in the larger geopolitical context.

Genetic Engineering: A Look at How Technology is Changing the Way We Create Babies

Dr. Robert Klitzman, Professor of Clinical Psychiatry at Columbia University, and director of the Masters of Bioethics Program will discuss his book Designing Babies and examine the complex ethical, social, and policy concerns surrounding new assistive reproductive technologies. The newest gene-editing technology allows for even more direct manipulation of embryos’ genes. How far is too far?

From Mickey Mouse to Star Wars and Beyond: How the Walt Disney Company Conquered Entertainment

Over the last nine decades, Disney has transformed every facet of the entertainment business—from the creation of feature length cartoons, to television programming, from theme parks that span the globe to Broadway musicals. Fordham professor Brian Rose will examine how Disney became the most powerful force in worldwide entertainment.

The Accusation: Blood Libel in an American Town

In an upstate New York town in 1928, a child strayed into the woods and went missing. A rumor started that Jews had kidnapped and killed her. The rumor caught on and suddenly the allegation of ritual murder, known as blood libel, took hold. NYU history professor Edward Berenson will discuss the history and response to this all too common accusation.

The Cultural Revolution’s effects on contemporary Chinese art created a common national experience that binds Chinese artists from diverse backgrounds. Professor Thomas Germano will introduce and discuss the work of well-known Chinese artists, as well as infamous dissidents such as Ai Weiwei and lesser known artists featured in the 2019 Venice Biennale.