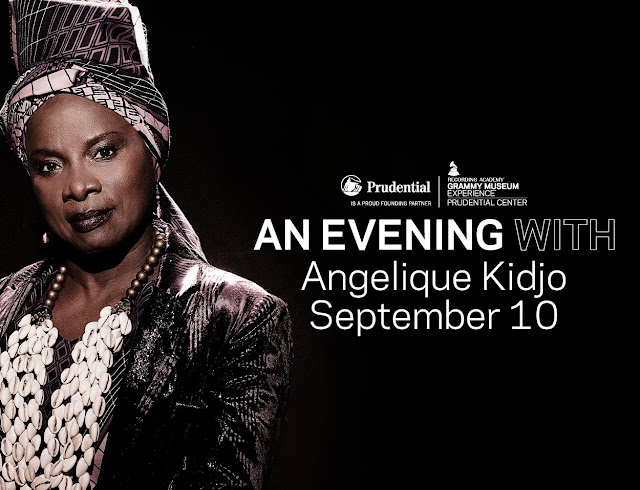 In a word, Angelique Kidjo’s career can be described as “original”. She has three Grammy Awards to her credit with eight nominations, while The Guardian has recognized her as one of the world's 100 most influential women, and Time magazine has named her as "Africa’s Premiere Diva."

Her 2018 collaboration with producer Jeff Bhasker, a song by song reinterpretation of the Talking Heads’ groundbreaking album “Remain In Light”, received rave reviews, with the New York Times hailing the album as “transformative”, and Rolling Stone describing it as “stunning… a perfect counterpart to the Talking Head’s record”.

Arrive early and explore all of what The Experience has to offer; take the stage and sing karaoke-style to Ray Charles’ staple “Hit the Road, Jack”, visit the ‘Jersey Legends’ exhibit which focuses on all of our local heroes, from Dionne Warwick to Springsteen, and witness the evolution of the Grammy Award itself.