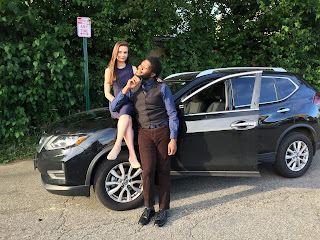 Black Box Performing Arts Center, a professional theater and performing arts school in Northern Jersey, is in the midst of bringing free Shakespeare in the Park to Bergen County for the second season. Unique productions of Romeo & Juliet and Othello have been touring to Teaneck, Englewood, Ridgewood, Tenafly since early July - and now both shows will make special visits to New York City’s Nuyorican Poets Cafe in the East Village. 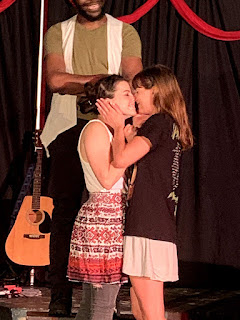 Inside The Nuyorican, these productions will run deeper and darker than their outdoor versions—with evening performances on August 9, 10, and 12.

It's punks versus preps in this lesbian reimagining of Romeo & Juliet (left) with non-traditional casting, live guitar underscoring, and wild fights...

Othello (above, right) explores corporate espionage, broken loyalty, and big business collapsing in on itself as the women do their best to stop the men from turning against each other over “the green-eyed monster”...