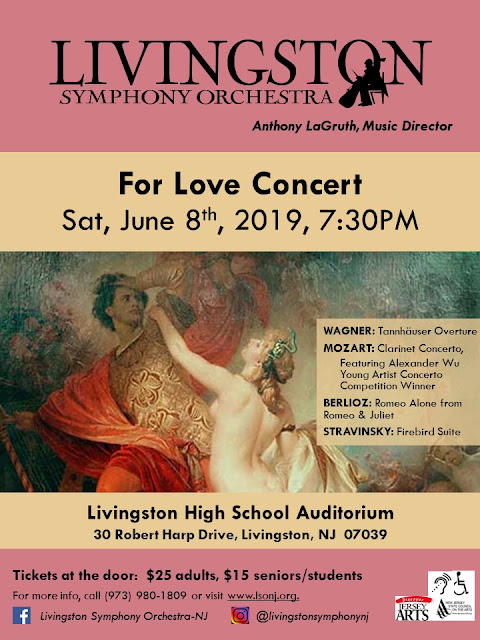 Die Meistersinger (also known as Tannhauser) is Wagner’s longest opera, clocking in at four and one half hours. A comedy set in the mid 16th century, it is Wagner’s only work without supernatural or magical events. The plot revolves around a singing competition, the winner of which wins the hand of a lovely maiden. The overture is composed of the four main melodies of the opera, with a separate section for each, and concludes in a final section where the melodies are heard simultaneously.

Berlioz’s Romeo and Juliet was inspired by his own Juliet, an actress he saw perform as both Ophelia and Juliet, and also by Beethoven’s Ninth Symphony. In this his third symphony, both choral and dramatic, the beginning of “Romeo Alone” is dolce (sweet) and pianissimo(as quietly as possible) and is an expression of his sadness. From afar, he hears the sounds of the Capulet ball. The fast second half of the movement is the actual music from the party, both colorful and riotous.

The dazzling music of Stravinsky’s Firebird Suite was an overnight sensation. A ballet based on a Russian folk tale, its complex rhythms describe the story of Prince Ivan, a powerful sorcerer, 13 princesses , dancing monsters and a crafty firebird. Ivan falls in love with one of the princesses, and with the help of the firebird and her magical feather, is able to destroy Koschei the sorcerer and his palace, thus freeing magical and real creatures alike.

The featured piece of the evening is the performance of Mozart’s Clarinet Concerto in A, the composer’s last major work. Demonstrated therein are all of the instrument’s different tonal qualities, from pure high notes, to warm middle through chesty lower ranges. 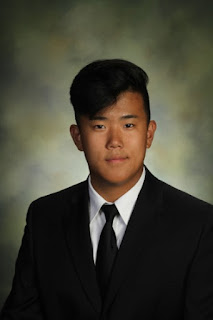 The orchestra is pleased to have a mature and experienced musician in this year’s Young Artist Concerto Competition Artist Concerto Competition Winner Alexander Wang as guest soloist. A senior at Livingston High School, Alex is the Principal Clarinetist of the Livingston High School Wind Symphony. Throughout high school, he has participated in the North Jersey Region Wind Ensemble, North Jersey Region Orchestra (Principal Clarinetist in 2018 and 2019), New Jersey All-State Wind Ensemble, and New Jersey All-State Orchestra (2nd Chair clarinet). This year, Alex was selected into the All-Eastern Honors Band, and performed with young musicians from thirteen states at the 2019 NAfME Eastern Division Conference this April.  He was also the winner of the New Jersey Symphony Orchestra Academy Orchestra’s Henry Lewis Competition and has been principal clarinetist in the Academy, his favorite orchestra ensemble, since 2016. Though primarily a clarinetist, Alex also enjoys singing and playing saxophone, guitar, and piano.

Livingston High School offers suburban ease, free parking, and accessibility. Conductor Anthony LaGruth also uses his gift as a natural teacher and storyteller in what promises to be a truly enjoyable evening of live classical music from one of the highest regarded semiprofessional regional orchestras in our area.