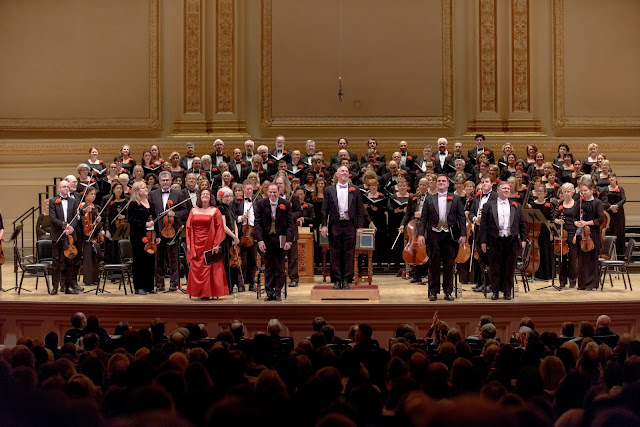 WHEN: Saturday, May 18, 2019, at 8 pm.
WHERE: Concert Hall at Drew University, 36 Madison Avenue, Madison
TICKETS: $38 for general admission, $25 for young patrons under 17, and $55 for Golden Circle seating, which includes prime seats and a pre-concert champagne reception. Tickets are available at www.masterwork.org.

Handel’s Gloria predates Messiah by some 35 years. The piece features a brilliant melody for the soprano soloist in partnership with the violins. Short works like this were a true staple of the Italian Baroque vocal repertoire.

First performed on September 23, 1798, Haydn’s Lord Nelson Mass, was nicknamed for the British Admiral Lord Nelson. Nelson engaged Napoleon’s fleet at the Aboukir Bay, in what was to become known as the Battle of the Nile. News of Nelson’s victory travelled swiftly throughout Europe and Nelson soon became a celebrated war hero. The piece references the many emotional aspects of war, including the martial trumpet and timpani passages, prayers for mercy by the bass soloist and concluding with Dona Nobis which gloriously celebrates the end of the war.

The first half of the concert will conclude with the 2014 collection of gospel songs by Gwyneth Walker, one of America’s most performed composers. Sung by The Masterwork Chorus, these traditional and powerful pieces envision the end of slavery, falling tears, the ascendance to the reward of heaven and proclaiming the power of music to help overcome daily challenges.