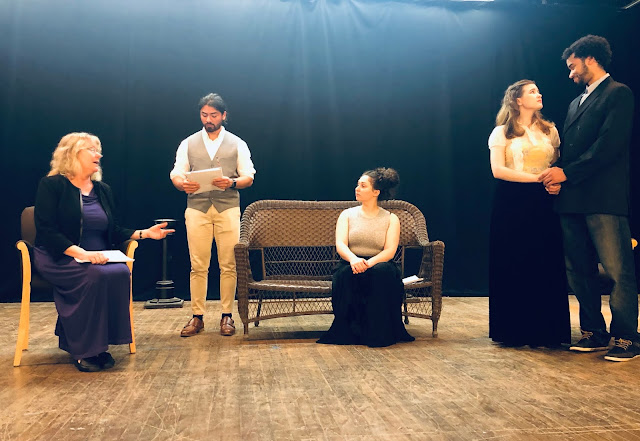 Dragonfly Multicultural Arts Center, a nonprofit theatre company dedicated to diversity, will present Oscar Wilde’s classic comedy The Importance of Being Earnest in partnership with duCret School of Art in Plainfield, where Dragonfly is now in residence.

The Importance of Being Earnest is a hilarious, pointed comedy of manners and a classic of British theatre.  Young man-about-town Jack Worthing presents himself as “Ernest” in London in order to court Lady Gwendolen Fairfax and avoid the responsibilities of his country life; back at home, he tells his ward Cecily that Ernest is merely his ne’er-do-well brother.  When Gwendolen’s cousin Algernon calls Jack out on this, the men discover that they’ve both been leading double lives--but now Gwendolen only wants to marry someone whose name is Ernest.  Meanwhile, Algernon travels to woo Cecily, who is very eager to meet the dastardly Ernest, and the women clash when they realize they’ve both been promised Ernest Worthing.  Mistaken identities, broken engagements, and mysterious figures from the past combine for wall-to-wall laughs and an earnest, pleasing love story.