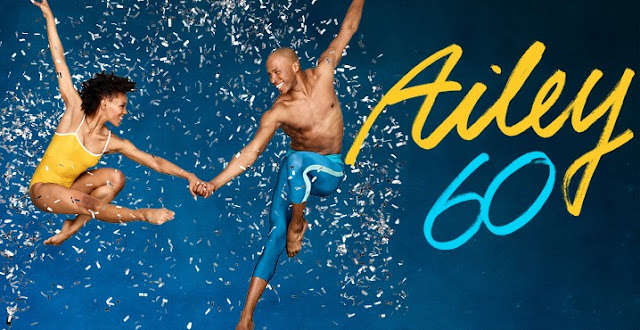 An occasion like this comes once in a lifetime! The Ailey company marks six decades of inspiring all with the N.J. premiere of hip-hop innovator Rennie Harris’ powerful two-act ballet, Lazarus – and a special Timeless Ailey program for Mother's Day. The iconic Revelations concludes each performance.

"Movement that’ll move you” (New York Magazine) is guaranteed as part of Ailey Ascending, Alvin Ailey American Dance Theater’s 60th anniversary season in Newark. The NJPAC engagement from May 10-12 features dazzling programs that include the New Jersey premiere of the company’s first two-act ballet, Lazarus, from inaugural artist-in-residence Rennie Harris. Being performed on Friday and Saturday evenings, Lazarus was inspired by the lifework of Alvin Ailey – one of the groundbreaking greats in African-American history. Addressing the racial inequities our nation has faced, both in 1958 when the company was founded and today, this ensemble work features a soundtrack that melds Nina Simone, Terrence Trent D’Arby, Michael Kiwanuka, Odetta, original music by Darrin Ross, and the voice of Alvin Ailey.

Timeless Ailey, on the Mother’s Day Sunday matinee program, is composed of excerpts of treasures by the Company’s iconic founder, with rarely seen gems like The Lark Ascending, Streams and Opus McShann, being performed with perennial favorites like Night Creature, Cry, Blues Suite and many more.

The uplifting finale of each performance is Revelations, the Company’s signature piece that pays homage to the rich African-American cultural heritage and explores the emotional spectrum of the human condition. Inspiring generations through its powerful storytelling and soul-stirring spirituals, this masterpiece is lauded by The Los Angeles Times as “the most beloved modern dance creation by anyone, anywhere ...”

Acclaimed hip-hop choreographer Rennie Harris returns to Ailey this season with the Company’s first two-act ballet, Lazarus. Inspired by the life and legacy of Mr. Ailey, Harris connects past and present in a powerful work that addresses the racial inequities America faced when Mr. Ailey founded this company in 1958 and still faces today. Harris’ previous contributions to the Ailey repertory include Exodus (2015), Home (2011), and Love Stories (2004), an acclaimed collaboration with Judith Jamison and Robert Battle. Since its creation in 1960, Revelations has consistently enraptured audiences all over the world with its perfect blend of reverent grace and spiritual elation. Alvin Ailey’s signature masterpiece pays homage to and reflects the cultural heritage of the African-American, which Ailey considered one of America’s richest treasures – “sometimes sorrowful, sometimes jubilant, but always hopeful.” Choreographed when he was only 29 years old, Revelations is an intimate reflection inspired by childhood memories of attending services at Mount Olive Baptist Church in Texas, and by the work of writers James Baldwin and Langston Hughes. Set to a suite of traditional spirituals, Revelations explores the emotional spectrum of the human condition, from the deepest of grief to the holiest joy. A classic tribute to the resolve and determination of a people, the ballet has been seen by more people around the world than any other modern work.

Saturday, May 11 (Hosted by Savion Glover)

Timeless Ailey, a special, two-act 60th Anniversary Classics program, brings together over a dozen treasures from Alvin Ailey's wonderfully rich body of work, including highlights of seldom-seen gems like Mary Lou's Mass and The Lark Ascending, as well as perennial favorites like Memoria, Night Creature, and Cry.