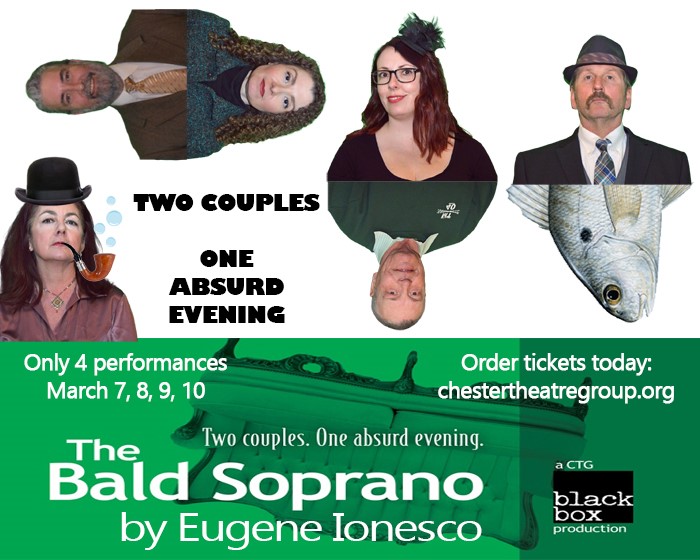 In this special "Black Box" production, we showcase this classic from the "Theatre of the Absurd" by Romanian-French playwright Eugène Ionesco. A couple from London is visiting with another couple called the Martins. As they converse, they invite a fire chief and a maid into the discussion. Slowly, their world becomes more and more surreal: the wife begins acting like she just met her husband, the fire chief suddenly mentions a bald soprano, and the discussion devolves into a dizzying litany of non-sequiturs. Nothing is as it seems in The Bald Soprano.