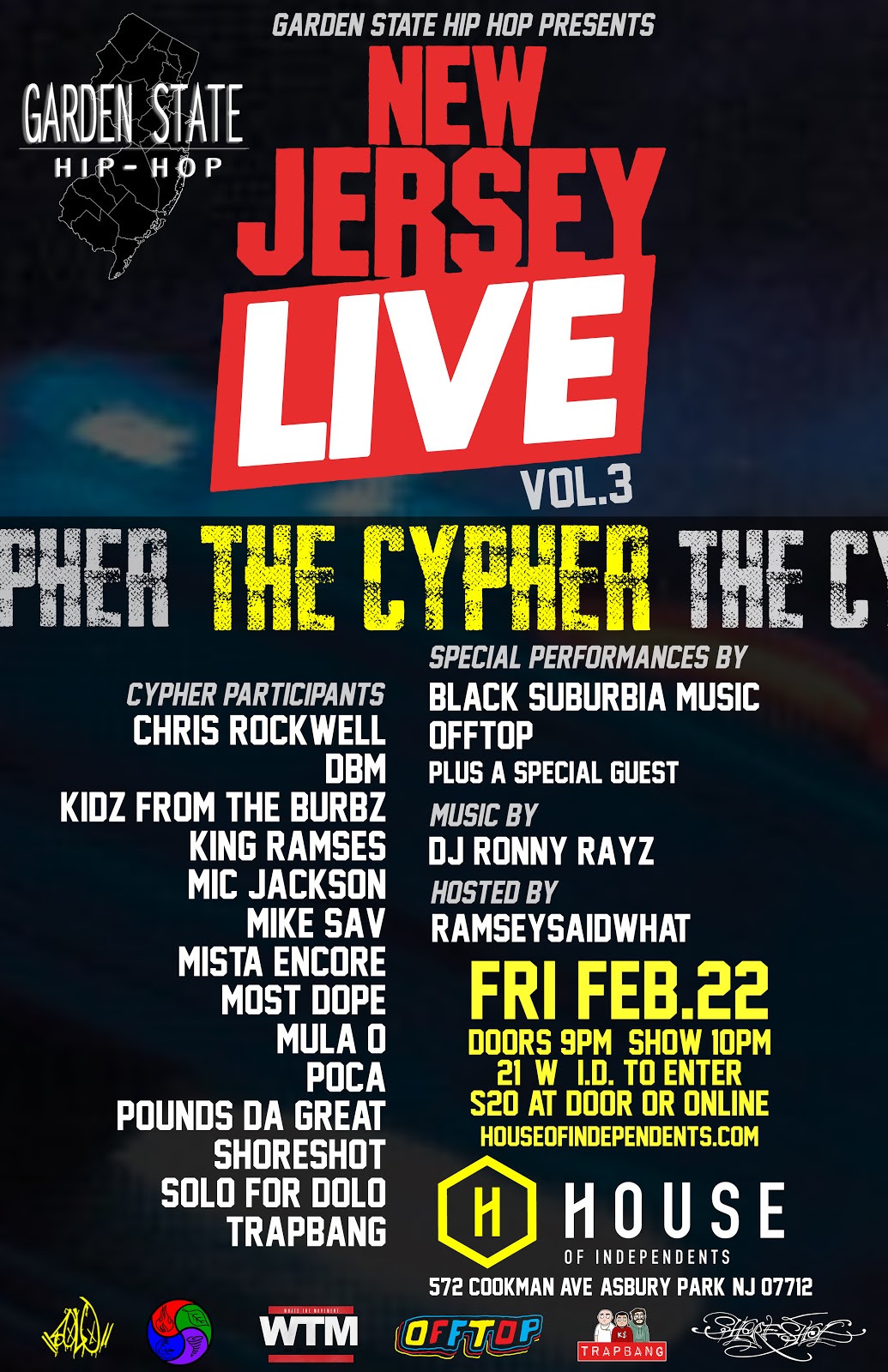 HIP-HOP AT THE JERSEY SHORE
WITH NEW JERSEY LIVE VOL. 3 THE CYPHER

Asbury Park is known for its Rock n Roll roots, but hip-hop has asserted itself into the cities growing music scene.

The show will feature leading rap artists apart of the Asbury Park hip-hop community. Rodney Coursey, founder of Garden State Hip-Hop and New Jersey Live 3 producer says, “This is a great opportunity for individuals apart of the growing arts and entertainment scene in Asbury Park to see how special our hip-hop movement is.” This years show will be hosted by What’s The Movement's RAMSEYSAIDWHAT and include 14 rap artists in a one night lyrical showdown. Among the names scheduled to participate are Solo For Dolo, founder of the Asbury Park Hip-Hop Fest and Poca, a female rapper from Asbury Park that established her name after releasing her EP Apocalypto in 2017.

Coursey was listed among others as someone leading the charge in a new generation of New Jersey hip-hop by the Star Ledger in 2012. New Jersey Live Vol. 3 also includes a special performance by Black Suburbia Music, a rap and alternative collective known for their fiery live concerts at The Saint, Asbury Park Music Foundation, and The Stone Pony. “Drew can sing like an angel and spit hellfire with his rhymes, too. His Black Suburbia Music Group encompasses all kinds of music genres, from hip-hop to heavy metal,” writes the Asbury Park Press.

Coursey adds, “New Jersey Live 3 will be a special night for all of us. The entire Asbury Park hip-hop community will be under one roof celebrating our progress. I can’t wait!”