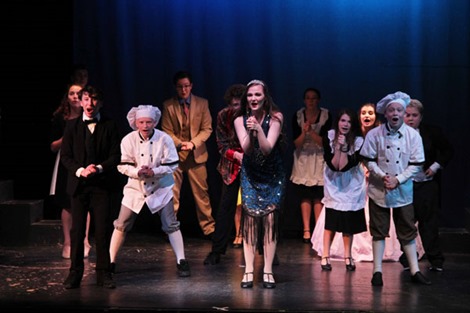 The Young Performers Workshop is a musical theatre training program under the auspices of the Centenary Stage Company. The program is dedicated to the enrichment of young lives through the use of theatre art and is one of the few that offers both formal training and production experience for young people. The 15 week spring session has been designed to meet the needs of beginning, intermediate and advance performers interested in working in the theatre. The hands on program utilizes both the classroom and the “production process” to train young people in the theatre arts. The program includes the production of at minimum two major musicals. Once registered, students are guaranteed a part in the productions. Classes meet Saturdays by section between the hours of 10AM – 6PM. Students will rehearse productions while also studying voice, dance, and acting.

The program is under the direction of Broadway, film and television veteran, Michael Blevins. An alumni of the University of North Carolina and NY University, Blevins has appeared in several Broadway productions including Bring Back Birdie, Little me, and The Tap Dance Kid in which he originated the role of Winslow Alexander. He has appeared on the Tony Awards Show as well as in many feature films and television commercials and is widely known for his portrayal of Mark in the film A Chorus Line. He has worked with many noted directors, including Danny Daniels, Bob Fosse, Woody Allen, Vivian Matalon, Joe Layton, Lynn Taylor Corbett among many others.