WORKSHOP: ACTING FOR THE CAMERA

WHEN: January 14 through May 3. The class meets Thursday evenings between the hours of 4:00pm and 6:30pm. Registration deadline for the workshop is Friday, January 11.
WHERE: Lackland Performing Arts Center, 715 Grand Ave., Hackettstown
FEE: Registration is $250 per participant.
For more information or to register call the Centenary Stage Company box office at (908) 979 – 0900. The box office is open Monday through Friday from 1 – 5PM and two hours prior to every performance. The box office is located in the Lackland Performing Arts Center at 715 Grand Ave., Hackettstown, NJ on the campus of Centenary University.

Co-taught by Assistant Professor of Communication Boris Gavrilovic and Adjunct Instructor of Theatre Arts Christopher John Young, the workshop will explore acting technique as applied to the technical process of filmmaking. In collaboration with Centenary University film students, the class will emphasize acting craft as set forth by the Meisner Technique while introducing acting students to filmmaking terminology and to the unique demands of on screen work. Similarly, filmmaking students will be exposed to acting terminology and the process of an actor’s craft. Through hands on exercises both on and off camera and practical application both acting students and film students will leave the workshop with filmed material.

Boris Gavrilovic is an Assistant Professor of Communications at Centenary University. As a filmmaker, Gavrilovic’s award winning films have been shown nationally and internationally in theatrical, festival, and art venues. His Documentary “My Life as an Underdog” about a performance artist who suffers from Asperger’s Syndrome was featured on Jimmy Kimmel Live, G4 network’s “Attack of the Show”, Sirius satellite radio, NPR, Screem Magazine, Weird New Jersey, and many other media outlets. This film was nominated for the best feature documentary at the Atlanta Film Festival and won Best Feature Film as well as the audience award at Microcinefest in Baltimore MD. Boris’ short experimental films won awards at the Chicago International Film Festival, New York Expo of Short Film and Video and Humboldt International Film Festival. In addition his work was screened at the Anthology Film Archives, Andy Warhol Museum and numerous other film festivals in the United States and Europe. His photography work was exhibited in a number of galleries in the US as well as Graz, Austria and Shanghai, China. He holds a BA in Fine Arts and a MA in Cinematography from Montclair State University and is a recipient of the Geraldine R. Doge Fellowship. 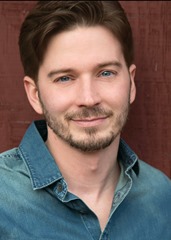