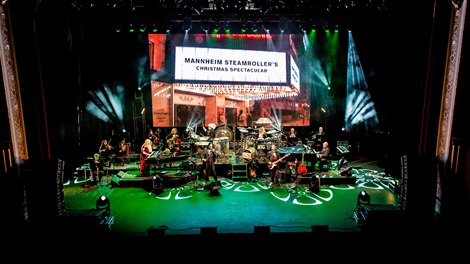 WHEN: Thursday, December 6, 2018, 8pm
WHERE: State Theatre NJ, 15 Livingston Ave., New Brunswick
TICKETS: $55-$95
For tickets, more information, or group discounts, call State Theatre Guest Services at 732-246-SHOW (7469), or visit us online at STNJ.org.
State Theatre Guest Services, located at 15 Livingston Ave, New Brunswick NJ, is open Monday through Friday from 10am to 6pm; Saturday from 1pm to 5pm; and at least three hours prior to curtain on performance dates unless otherwise specified. Additional ticket and transaction fees may apply. 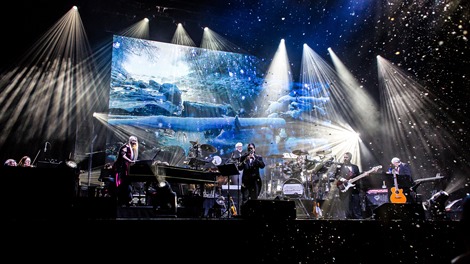 Mannheim Steamroller has sold more than 40 million albums, 28 million in the Christmas genre. Their holiday albums have become synonymous with Christmas and consistently occupy top spots on Billboard’s Seasonal Charts every year.

With 19 gold, eight multi-platinum and four platinum-certified records, Chip Davis is among an elite group of artists that include U2, Jay-Z, and The Beach Boys with such certifications.

This year, PBS stations nationwide will be broadcasting Mannheim Steamroller 30/40 Liver. The milestone special was filmed two years ago to mark the group’s 30-year anniversary of musical holiday magic and 40 years of groundbreaking Fresh Aire compositions. This year’s tour includes many of the performances in the PBS special broadcast.