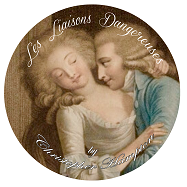 Les Liaisons Dangereuses
by Christopher Hampton, based on the novel by Pierre Choderlos de Laclos

WHEN: Wednesday, December 5, from 7:30 - 9:30 pm and Sunday, December 9, from 6 - 9 pm. Callbacks will be held at Wednesday, December 12, at 7:30 pm. (Please note that callbacks are by invitation only.)
WHERE: Circle Players, 16 Victoria Ave, Piscataway Township
If you have any questions, please feel free to shoot us an e-mail at circleplayersnj@gmail.com.

A tale of seduction set in France among aristocrats before the revolution, this is a classic drama that depicts decadent sexuality, morals, and manipulation played as the ultimate competition, with tragic results.  Former lovers La Marquise de Merteuil and Le Vicomte de Valmont, two merciless aristocrats, compete in games of seduction and revenge, toying with the hearts and reputations of innocents as they do. But when Merteuil incites Valmont to corrupt the convent-educated Cecile before her wedding night, events soon spiral beyond anyone’s control.  The master manipulators learn too late that even in a world filled with lies, betrayal, and immorality, the most dangerous liaison of all is sometimes true love.

The director seeks a strong cast of articulate actors for this English language adaptation of the classic French novel, which was filmed as “Dangerous Liaisons”.  Age ranges are approximate; all ethnicities considered for all roles.  Acting range and presence more important than any specific “type.”  All roles are open.

Le Vicomte de Valmont (Male, 40s): The playboy of France; former lover of the Marquise de Merteuil; a distinguished, wealthy, and effortlessly charming lothario; enormously self-confident and charismatic; stealthy, manipulative, and determined in the extreme; a proud man used to getting his way; blindsided by falling in genuine love with his latest conquest, Madame de Tourvel. Stage combat experience a plus, but not required.

La Marquise de Merteuil (Female, 40s): A rich widow; ex-lover and now co-conspirator of le Vicomte de Valmont; an extremely shrewd and formidable woman with deep reservoirs of intellect, emotion, and passion, though she guards the latter two characteristics fiercely; a supremely cool and cunning manipulator; impenetrable and unapologetically deceptive; she plays the game better than anyone.

Mme. de Tourvel (Female, 20s - early 30s): A beautiful, virtuous, and deeply religious married woman of notoriously unassailable moral character; Valmont sets out to corrupt her for sport; passionate in her faith and loyal to a fault, Tourvel is relentlessly pursued and seduced by Valmont and, after giving over, is overwhelmed by deep feeling, passion, and ultimately grief.

Mme. de Volanges (Female, late 40s - early 50s): A wealthy widow: cousin and friend of the Marquise; mother of the teenaged Cécile; respectable and spirited if parochial; very aware of her daughter's budding sexuality and mindful of making a beneficial match for her; deeply distrustful and disdainful of Valmont.

Cécile Volanges (Female, late teens - early 20s to play 15): Madame de Volanges' pretty and virginal young daughter, recently released from a convent to enter into a marriage her mother arranged; girlishly exuberant yet tentative, increasingly curious about the ways of the adult world the more she is exposed to it; devoted to her music teacher, le Chevalier Danceny.

Le Chevalier Danceny (Male, 20s): Cécile's music teacher and pet of the Marquise; a charming, eager and naive young man, caught between boyhood and manhood; devoted to Cécile, though not necessarily the most suave, assured, and confident suitor; ultimately, a man of honor. Stage combat experience a plus, but not required.

Mme de Rosemonde (Female, 60s+ to play early 80s): Valmont's elderly arthritic aunt; wise, witty, and sympathetic; devoted to her nephew, but not blind to his ways; has removed herself from the intrigues of the aristocracy; comforting and level headed.

Azolan (Male, late 20s - early 30s): Valmont's valet and also his spy; dapper and droll; does most of Valmont's dirty work and reaps the rewards--both in his pocket and in his bed.

Émilie (Female, mid-late 20s): An attractive courtesan favored by Valmont. Flirty, flighty and gullible. A pawn in bigger games than she can understand.

Sides will be posted at circleplayers.org.