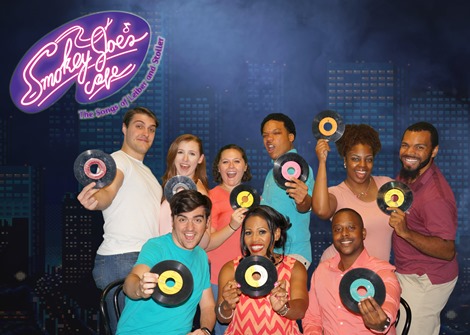 Smokey Joe’s Café – The Songs of Leiber and Stoller

Directed and choreographed by Genevieve Estanislau, Smokey Joe’s Café is a musical celebration of two of rock ‘n roll’s pioneering songwriters, Jerry Leiber and Mike Stoller. They composed classic hits for Elvis Presley, the Drifters, The Coasters and Ben E. King, among others. Inductees into the Songwriter’s and Rock and Roll Halls of Fame, Leiber and Stoller’s catalog of songs includes Hound Dog, Jailhouse Rock, On Broadway, Spanish Harlem, and Stand By Me.

Produced by Todd R. Bennington, the musical director is Anthony “Coop” Competello, and the stage manager is Robert Langer.