Kaplen JCC on the Palisades Present Film Screening of “Heading Home: The Tale of the Team of Israel” 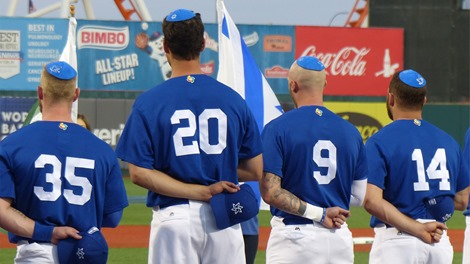 Heading Home: The Tale of the Team of Israel
A Documentary Film by Seth Kramer, Daniel Miller and Jeremy Newberger

The film explores their odyssey, which took them from the Holy Land where they were hailed as modern-day Maccabees to South Korea where they debunked their has-been, wannabe reputations. With their “Mensch on the Bench” mascot by their side, the team forged a deep connection to Israel that pushed them to unexpected heights on the world stage.

The screening has been generously sponsored by the Rubach Family.