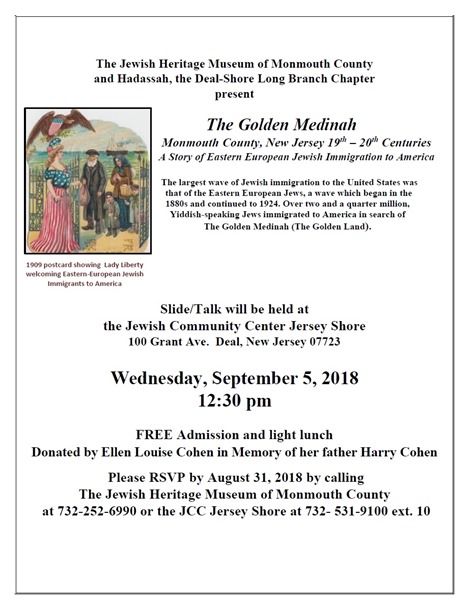 WHEN: Wednesday, September 5, 2018, at 12:30 PM
WHERE: Jewish Community Center of the Jersey Shore, 100 Grant Avenue, Deal
ADMISSION: free. A light lunch will be provided. The lunch is donated by Ellen Louise Cohen, in memory of her father, Harry Cohen.

The largest wave of Jewish immigration to the United States was that of the Eastern European Jews, a wave which began in the 1880s and continued to 1924. Over two and a quarter million Yiddish-speaking Jews immigrated to America in search of The Golden Medinah (The Golden Land.)