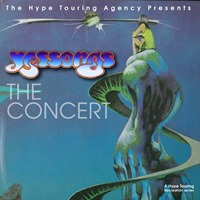 WHEN: Saturday, August 11, at 8pm
WHERE: Lackland Performing Arts Center at 715 Grand Ave. Hackettstown
TICKETS: $25.00 for all seats in advance. As with all concerts, jazz and special events ticket prices increase $5.00 day of the performance.
For more information or to purchase tickets visit centenarystageco.org or call the Centenary Stage Company box office at (908) 979 – 0900. The box office is located in the Lackland Performing Arts Center at 715 Grand Ave. Hackettstown, NJ. The box office is open Monday through Friday from 1 – 5pm and two hours prior to every event. Centenary Stage Company can also be found across social media platforms; Facebook, Instagram and Twitter. Like and follow to receive the latest in Centenary Stage Company news and special offers.

Considered pioneers of the progressive rock genre and regarded by fans as living legends, YES has etched its unique sound and mystical lyrics into international charts for over 40 years. YES has garnered sales of more than 30 million albums worldwide. Renowned for its remarkable live performances and symphonic stage dynamism, in 1972 YES produced the seminal audio and visual experience YESSONGS, capturing the super group at the height of its success. YES followed by releasing the double album of the same name in 1973, which was certified gold and ultimately platinum in 1998.

Recreating this fantastic visual and audio, masterpiece, The Hype Touring Agency presents YESSONGS: THE CONCERT starring Phil Naro, John Kastelic, Matt Riddle, Mark Matthews, and Marty Zlocki. These five musicians have played with the likes of Brian May of Queen, Foreigners: Lou Gramm, Peter Chris of Kiss, Trooper, to name a few.  They have collectively performed on over 100 albums and have toured the world extensively. YESSONGS: THE CONCERT diligently recreates the 1972 concert with stunning detail.