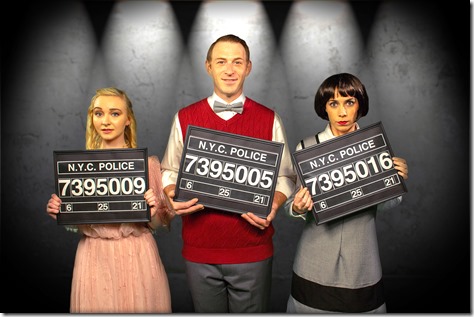 WHEN:  Fridays, July 27 and Aug. 3 at 8 p.m.; Saturdays July 28 and Aug. 4 at 8 p.m.; and Sundays, July 29 and Aug. 5 at 2 p.m. A reception with the cast and crew follows the opening night show on July 27.
WHERE: Kelsey Theatre on MCCC’s West Windsor Campus, 1200 Old Trenton Road. Kelsey Theatre is wheelchair accessible, with free parking next to the theater.
TICKETS: $20 for adults; $18 for seniors; and $16 for students/children.
Tickets may be purchased online at www.KelseyTheatre.net or by calling the Kelsey Box Office at 609-570-3333.

Millie Dillmount has just arrived in New York City direct from Kansas and ready to make her mark. It’s 1922, the height of the Jazz Age, and girls are bobbing their hair, raising their hemlines, entering the workforce, and reinventing the rules of romance. Determined to marry a wealthy businessman, Millie finds herself attracted instead to the penniless Jimmy Smith. Meanwhile, Mrs. Meers, the landlady at Millie’s dingy hotel for women, has a get-rich scheme of her own and it doesn’t bode well for the girls in her stead. (Top: from left, Christina Pullen of New Egypt as Miss Dorothy, Thomas Coppolecchia of Bordentown as Jimmy Smith, and Alicia Stanton of Jenkintown, Pa., as Millie Dillmount)

Based on the 1967 Academy Award-winning film, this spirited musical was the winner of six Tony Awards, including Best Musical, in 2002. With high-energy dance numbers and a vibrant musical score, “Millie” adds up to merry, madcap entertainment. 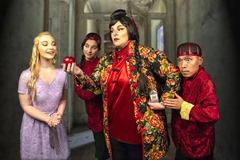