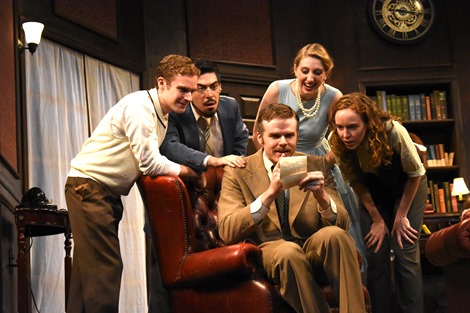 Princeton Summer Theater (PST) is happy to invite Central Jersey residents to join us for our 2018 Season. We are proud to present performances of four riveting and extraordinary pieces of theatre, running from June 21st through August 19th. (above: 2017 production of Spider's Web)

Since its founding in 1968, PST has been a fixture of the New Jersey theatre community providing patrons with high quality summer entertainment and artistry from some of the bright stars of tomorrow. We are proud to announce that our last season won the 2018 JerseyArts.com People's Choice Award for “Best Small Theater” and we look forward to continuing in PST’s proud tradition of bringing excellent theater to our community. 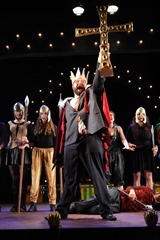 This summer's season explores self-discovery, as seen through critical turning points in our characters' lives. Whether facing graduation, middle age, an unexpected diagnosis, or a scandal, the challenges these characters face test them and help each one find out what truly matters. With four brilliant takes on responding to adversity and change, these plays push us to closely examine our lives, to dream big, and to fight for those we care about.  We are looking forward to you joining us this summer! (left: from 2017 production of Pippin)

From the genius mind behind Rent, Tick, Tick…Boom! tells the autobiographical story of a composer searching for his big break. Fueled by Jonathan Larson’s brilliant rock and pop score, this intimate show pulls back the curtain on the man whose breakthrough would change American musical theater forever in an inspiring appeal to follow your dreams.

Uncommon Women and Others
by Wendy Wasserstein
Directed by Daniel Krane

Wendy Wasserstein’s watershed debut play follows a group of graduates from Mount Holyoke College at the dawn of second-wave feminism as they make new friendships, fall in and out of love, and imagine a brighter future for themselves. This comedy tackles what it means to dare to be an Uncommon Woman in a world that constantly tells women to accept less.

The Children's Hour
by Lillian Hellman
Directed by Maeli Goren

In The Children’s Hour, one child's lie throws a girls’ boarding school into chaos. This fiery American classic by Lillian Hellman (The Little Foxes) depicts a world where rules are rigid, rumors fly faster than truth, and the hint of scandal is enough to bring two schoolteachers’ lives crashing down.

The Baltimore Waltz
by Paula Vogel
Directed by Nico Krell

The Baltimore Waltz follows Anna and Carl through Europe on a film-noir inspired trip, filled with mysterious detectives, devious doctors, and alluring men as they search for a cure for Anna’s disease. This comedic fantasy, written by Paula Vogel in response to the AIDS crisis, is a fierce portrait of two siblings’ love and a call to live life to the fullest.

WHEN: Fridays and Saturdays at 11am, from July 6th-July 29th

Subscribe to the full season at $79 and save 30% off of single ticket prices, or subscribe to 3 shows at only $65! Visit www.princetonsummertheater.org, or call 732-997-0205 for details about purchasing subscriber and single tickets, as well as for further information on our special children’s show, showtimes, directions, and parking. All performances take place in the air-conditioned, newly refurbished Murray-Dodge Hall on the Princeton University Campus. 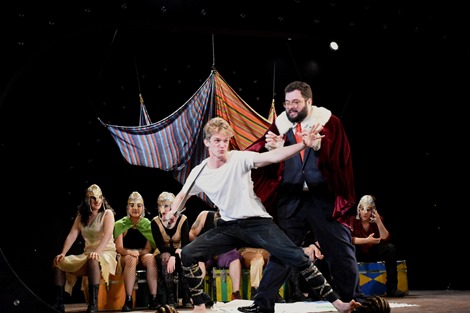 Founded in 1968 by a group of Princeton University undergraduates, Princeton Summer Theater provides an opportunity for young actors, directors, designers, and theater administrators to become part of a unique artistic community. PST offers its company an unparalleled experience: a nurturing environment that inspires artistic ingenuity and prepares creative minds to enter the professional theater world. Through our Children’s Show, partnerships with area businesses and residents, and plays that span a wide range of genre and subject matter, we bring together artists and community members in a 9-week long celebration of the power of theater. (Above: Pippin)

For more information, visit us at www.princetonsummertheater.org or call 732-997-0205.