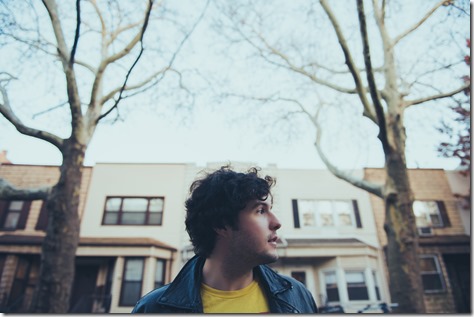 Rising star Brian Dunne will light up the English Barn with his soulful blend of “folky Americana and heartbreaking country” (Songwriting Magazine). The Hudson Valley native is making a name for himself in NY venues as well as in the folk scene throughout the country. Reflecting his role models, which include Bob Dylan, The Band and Bruce Springsteen, Dunne spins impressively soulful tunes in a lyrical tenor voice. After graduating from the Berklee College of Music in 2011, Brian moved to Brooklyn where he is currently based.

He has shared the stage with the likes of Emmylou Harris, Robert Earl Keen, Joan Osborne, Lee Ann Womack, and many others. Dunne released his debut cd “Songs from the Hive” in February 2015, followed by “Bugs Fixes and Performances” in May 2017. The cd debuted at #10 on the iTunes Songwriter charts and led to performances at NPR’s Mountain Stage and Cayamo Cruise. Brian says of the record “It’s about the devotion to maintaining your idealism as the world makes you more cynical. It’s about putting your chips back on the table after you’ve suffered a big loss. And if you have to lose again, lose in a big way.”

Though the concert is scheduled to take place in the English Barn, in the event of unusually warm weather, it will be moved to the air-conditioned Farmhouse. Updates will be posted on Facebook and at www.farmsteadartscenter.org.