Like wine—and cottage cheese—some plays have a “past due” date, making them difficult to relate to and painful to watch. The Nerd, the farce by Larry Shue closing out the season at the George Street Playhouse, is one. What probably started out as a zany romp is a dated, interminable mess where the best thing about the production is the ugly costumes worn by the cast. While the current production isn’t without its attractions, what was funny in the early 1980s is rather cringe-worthy today. 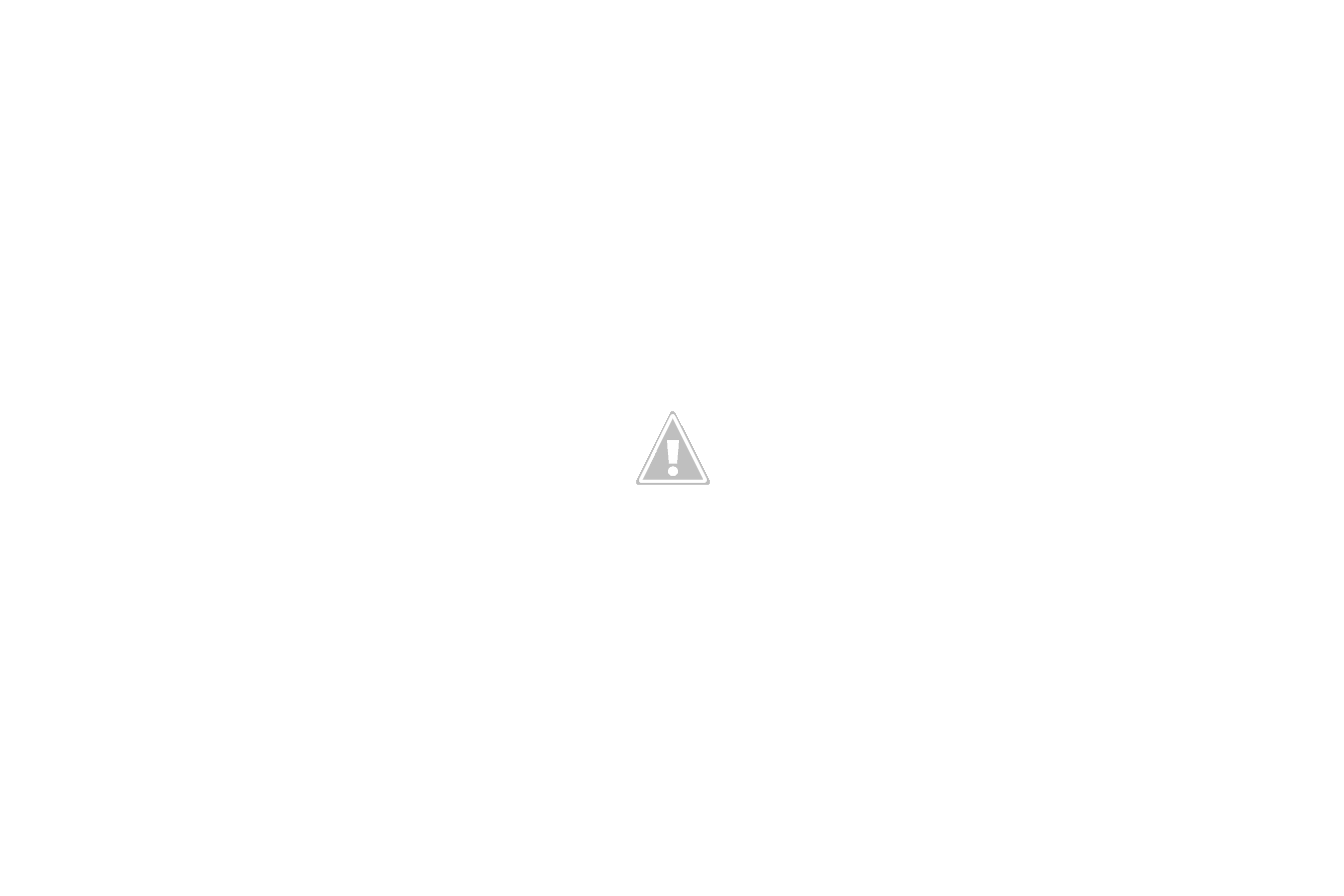 Written and produced before Shue’s untimely death in 1985, The Nerd tells the story of young architect Willum Cubbert, smart-aleck drama critic Axel and the attractive Tansy, whose unfulfilled attraction to Willum has led her to decamp for a job as a weather girl on a television station in the nation’s capital. While Willum hosts a dinner party for a client and his family, Rick Steadman, Willum’s savior in Vietnam, shows up, seeking a place to stay after his brother has evicted him. His awkward manner and inappropriate manner engenders pandemonium and destroys Willum’s professional relationship with his client. At the end of his rope, Willum decides to go along with a plan Axel has hatched to get rid of Rick and let life return to whatever passed for normal before. Of course, being a farce, The Nerd involves a plot twist at the end, but I won’t give it away here. (Above: Colin Hanlon, Kate Reinders and Zach Shaffer)

On a typical sitcom split-level set designed by David L. Arsenault, director Kevin Cahoon has his seven actors run up, down, slamming doors, breaking china, and, in the case of the child actor, popping up occasionally to scream. It’s quite a complex dance, one that the actors (most of them TV favorites) perform with energy and vigor. 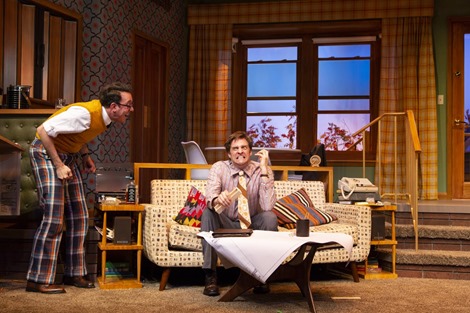 Colin Hanlon (Willum) is perfect as the harried young architect, faced with losing a woman he cannot commit to and watching his hotel design commission get hijacked by the client and railroaded into oblivion by his unwelcome guest. Before our eyes, he becomes unglued, to the point that his hair grows more disheveled as the evening progresses, matching the chaos in his very being. As Tansy, Kate Reinders channels Kristen Chenowith, down to her annoying voice and bouncy manner; she’s the perfect ingenue for a silly play. In a role played by Rowan Atkinson and Larry Shue himself, Jonathan Kite’s Rick lacks the clueless but endearing charm of Jim Parson’s Sheldon Cooper (The Big Bang Theory), making him more annoying than sympathetic. He’s true to the character as Shue wrote him, as evident in the play’s surprise ending. With his pants pulled up to his armpits and owl-eyed glasses, he resembles Jerry Lewis’s Nutty Professor more than a brave Good Samaritan soldier. That he grates on our nerves mirrors what the character Willum must be feeling and sets us up for the surprise ending. The final member of the central trio, the louche and pretentious critic Axel, is portrayed skillfully by Zach Shaffer, swanning around the set, uttering sarcastic comments (albeit sometimes too quickly to be understood) and eventually masterminding the plot to get rid of Rick. (Above: Jonathan Kite and Colin Hanlon) 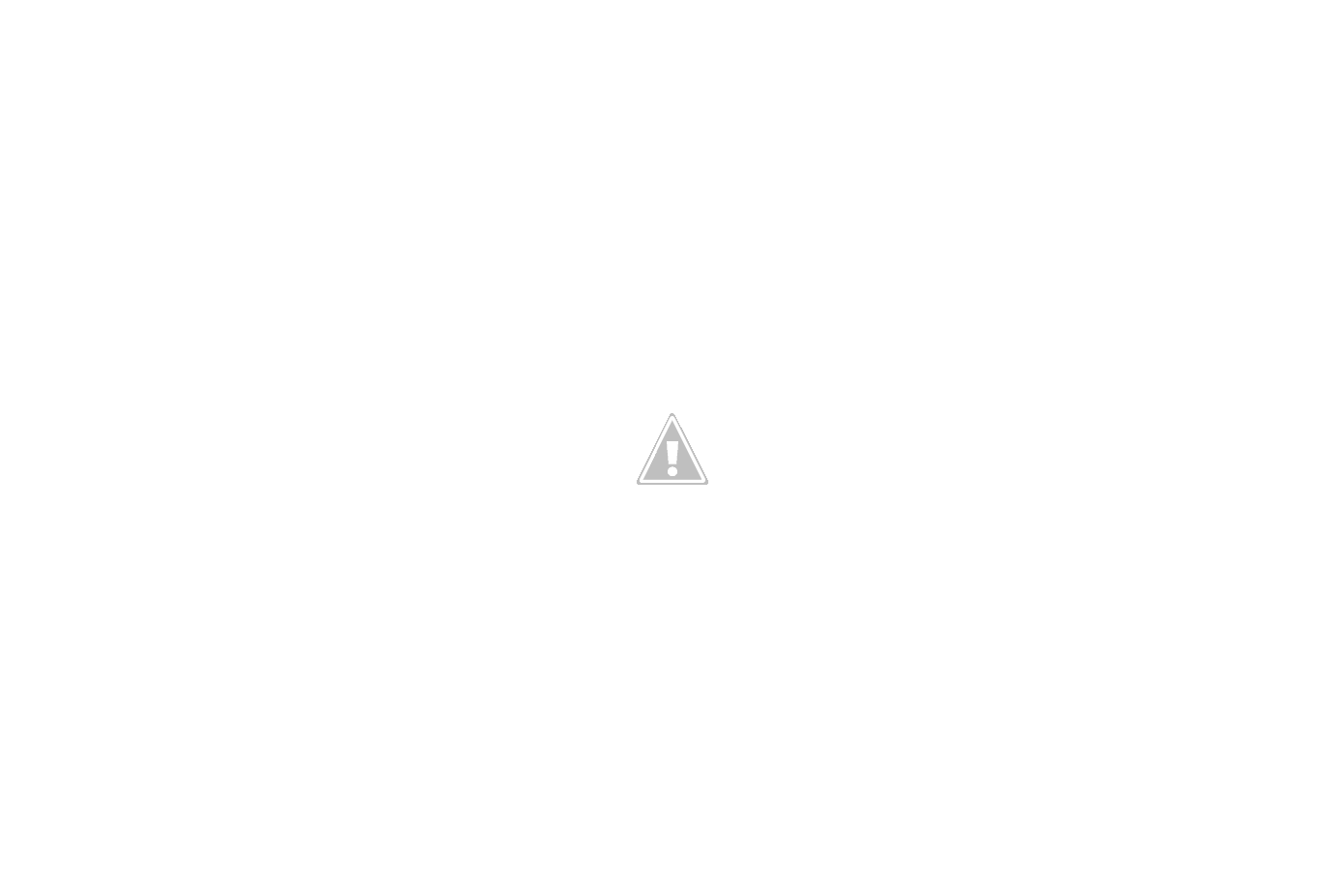 Adding to the turmoil, the Waldgraves convey a cloddishness in direct contrast to the silliness of the other three. Built like a refrigerator, Stephen Wallem’s dim, tactless hotel mogul Warnock Waldgrave represents commercialism’s lack of creativity and vision as he strips Willum’s design for his new venture. His high-strung wife Clelia (Ann Harada) releases her repressed emotions by breaking china, and as Thor, “the poster child for Planned Parenthood,” as Axel calls him, Hayden Bercey has little more to do than hide in a closet or bedroom and scream loudly when he does appear.

While romantic farces can seem fresh whenever they’re produced, The Nerd feels outdated and distasteful. For one thing, nerds today aren’t necessarily weirdos like Rick—think Bill Gates, Steve Jobs, Mark Zuckerberg, Sergei Brinn (of Google). Whereas the jocks in high school used to be BMOCs, today the drama club, debate, journalism and computer whiz kids are more feted than ostracized. And as I watched the plot unfold, I was reminded of a certain Presidential candidate who cruelly mocked a disabled reporter. Yes, the play has several serious themes. Willum’s selfless gesture to take in the man who saved his life is admirable, but his selfish self-absorption leads Axel to hatch a scheme that will help Willum find the “gumption” to do the right thing for himself and Tansy. Somehow, amidst the mayhem and speedy deliveries, these ideas got a bit lost in the presentation.

Now about those costumes: The play is set in 1978 Terre Haute, Indiana, giving Leon Dobkowski plenty of creative leeway to design the ugliest attire that made me wonder if we really dressed as badly back then. This being a cartoonish farce lends credence to Dobkowski’s design choices, making his garish plaids, tweeds and mismatched patterns in dayglo colors appropriately over the top. Stephen Wallem looks outrageous in a pink leisure suit, and Axel’s plaid pants were eye-popping! It’s amazing how something so bad could look so good.

Given George Street Playhouse’s previous productions—dramatic and comedic—I cannot understand why they chose this very old, moldy chestnut to close out their season. On opening night, the initial loud laughter faded toward the end, and several theatergoers left. The Nerd’s hijinks are well performed, but the play’s subject left me scratching my head. I look forward to next season. Enough said.

The Nerd will be performed at George Street Playhouse’s interim location, 103 College Farm Road, New Brunswick, through May 20. For information and tickets, call the box office at 732.246.7717 or visit www.GSPonline.org.