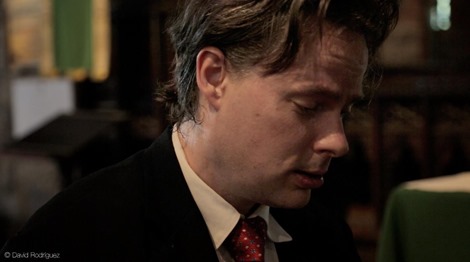 Rhapsody on America the Beautiful

WHEN: Sunday, May 6, 3 PM
WHERE: Bickford Theatre is located at 6 Normandy Heights Road in Morristown
TICKETS: $38 for seniors, and $40 for the general public. Morris Museum members pay $25 both in advance and at the door.
Purchase tickets at morrismuseum.org, by phone at (973) 971-3706, or in person at the Bickford Theatre Box Office
Box office hours for phone sales are Monday through Friday, 10:00 a.m. to 5:00 p.m. Walk-up hours are Tuesday through Friday, 11:00 a.m. to 5:00 p.m.
free parking and full accessibility

The critically-acclaimed concert pianist Christopher Johnson will make a rare New Jersey appearance when he performs at the Bickford Theatre on with a program which features the New Jersey premiere of his new composition “Rhapsody on America the Beautiful.” The program also includes well-known works by Frederic Chopin, Scott Joplin, Edward McDowell, and the solo-piano version of “Rhapsody in Blue” by George Gershwin.

“I am looking forward to returning to New Jersey where I grew up,” said Christopher Johnson. “For the Bickford, I will devote the first half of the program to the works of Frederic Chopin, one of music’s first superstars and one of the most beloved composers of all time. The second half will be a celebration of America. Of course, I love visiting Morristown, which is one of my favorite places in the Garden State.”

Very much in demand, Dr. Johnson appears extensively in solo recitals, on radio and television, as a soloist with orchestras, and in chamber ensembles throughout the United States, Canada, Central and South American, and Europe, winning high praise for his technique and his ability to transform his audiences. His warm, friendly stage presence endears him to everyone.

Harry Rolnick of New York’s Concertonet wrote that “he is exciting to watch” and plays with “unalloyed joy,” and Classical New Jersey said “he has a brilliant technique and an approach to the instrument that demonstrates ease and professionalism.” Patrick Meanor of The Listener Magazine praised “an utterly convincing and technically astounding performance.” And David Palladino for The Westfield Leader wrote of Dr. Johnson “possessing a Van Cliburn intensity, he deserves to have the career of a true musical star.”

Born and raised in New Jersey, Dr. Johnson received his degrees from the Juilliard School and the Manhattan School of Music where he studied with the legendary Abbey Simon, Byron Janis and Marc Silverman. He has performed for 21 consecutive seasons at the prestigious Bar Harbor Music Festival, has made 11 appearances at the Marcella Sembrich Opera Museum, and was invited to perform the Horowitz/Sousa ‘Stars and Stripes Forever” at the 2001 Presidential All-Star Gala for President George W. Bush, a virtuoso tour-de-force that has become a signature piece for him.