“Jewishish An Oy Story”—All proceeds will go to Flemington DIY 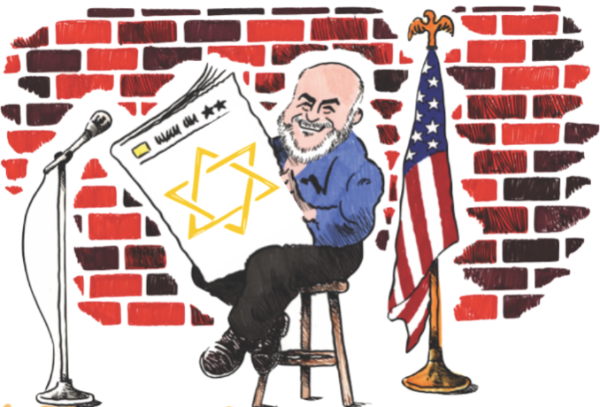 A Benefit for Flemington DIY

Written and performed by Joey Novick
Directed by Carole Montgomery

Actually, it's about growing up Jewish in Brooklyn in the 1960s. With actual personal stories and actual Jewish jokes. Actually.

Joey Novick has been a camp counselor, editorial director, attorney, busboy, professional speaker, child actor and an elected official, but not necessarily in that order. His first solo show, "Comedian Elected to Town Council in New Jersey", was nominated for Best Comedy Performance at the Capital Fringe Festival in DC, and performed to sold-out crowds at the Jersey Fringe Festival. Joey has told stories at The Liar Show, Yum's the Word, Mostly True Things, SpeakEasy: Stories from the Backroom and Sideshow Goshko. As a stand-up comedian, Joey has opened for several comedy superstars who are now much more famous and richer than he is.

About Carole Montgomery:
In addition to her over two dozen television appearances, Carole has headlined comedy clubs & colleges across the USA. She currently stars in "Women of a Certain Age". She directed Joey in "Comedian Elected to Town Council in New Jersey."