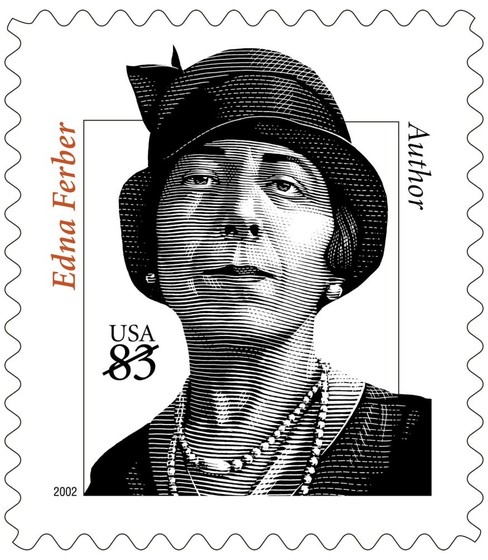 NJ Rep is proud to present a celebration of the works of Edna Ferber including salon readings of 5 brand new one-act plays adapted from Ferber's short stories, a lecture on the story behind Show Boat told by Ferber's great niece and biographer, Julie Gilbert, and a concert reading of Selina Peake written by the Pulitzer prize winning playwright, Horton Foote, based on the Pulitzer prize winning novel, So Big.

Thursday, May 31 at 8pm - The Story Behind Show Boat - as told by Ferber’s great niece, Julie Gilbert, who was named after Julie in Show Boat. The novel that was published in 1926 was an immediate best seller, as it quickly followed Ferber’s Pulitzer Prize winning 1924 novel, So Big. The novel of Show Boat was based on research that Ferber did while living on a show boat in North Carolina. It is a considerably darker tale than the groundbreaking 1927 musical conceived by Jerome Kern and Oscar Hammerstein. Ms. Gilbert will navigate through the many differences between the novel and musical.  She will also screen scenes from all three film versions: 1927 version, which was a mostly silent film that was closest to the novel; the 1936 version starring Irene Dunne and Paul Robeson and the glossy MGM 1951 version starring Kathryn Grayson, Howard Keel and Ava Gardener.

Sunday, June 3 at 4pm - The festival finale is a concert reading of a three-act play, Selina Peake, based on Ferber’s Pulitzer Prize winning novel, So Big, directed by Lynnette Barkley. This re-discovered, never produced play was written by Pulitzer Prize winning playwright, Horton Foote, and will be heard by audiences for the first time. This one-time reading is presented by permission of the Horton Foote Estate and the Edna Ferber Estate.

In Addition to the Ferber Festival ...

West End Art Gallery will present Summertime, an exhibit which will encompass the works of seven artists and their interpretation of what summer might be. The work includes contemporary abstract, scupture, mixed media and outsider art.