WHEN: Wednesday, April 18, at 7:30  PM
WHERE: Lackland Center, 715 Grand Ave., Hackettstown
Admission to the WPS is by donation and reservations are recommended, as seating is often limited.
For information and reservations, call the CSC box office at 908 979 0900, or log on to www.centenarystageco.org.

Based on a true story, the second play in the Centenary Stage Company’s Women Playwright Series tells the harrowing story of a family caught up in the Cuban revolution of the 1950s, torn between idealism and survival. 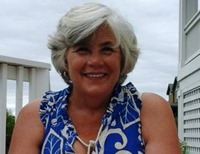 Playwright Vita Patrick Morales has a BA in Italian Literature from Rutgers University, and a MA in Theater and Film from Hunter College. An educator and a playwright, Vita is an adjunct professor of Spanish and Italian at the County College of Morris in Randolph, NJ.  Her play, Francis of Assisi, won the award for best Master’s Thesis for the Arts and Humanities at Hunter College. Her one-act play, All God’s Children, was produced several times in NYC, and won numerous awards. She also co-wrote the libretto for the short opera, Old Befana, with the late composer John Colligan.  Her play, The Final Tolling of the Bells, received the prestigious medal of merit from the Daughters of the American Revolution and had a performance in Millstone, NJ.  In March of 2017, The Diagonal Trilogy was performed at the Jersey City Theater Center. It tells the tale of an Italian-American family living in Newark during the cusp of World War II. Other plays by Vita include The Wall and Esmeralda and the Pacific Gyre. Both works make poignant social comments about the current political Administration and the environment.   In addition to teaching and writing, Vita is on the reading committee for CSC’s Women Playwrights Series.

Led by Catherine Rust, the CSC Women Playwrights Series celebrates its 27th year in 2018, having featured the work of more than 75 emerging playwrights in the developmental WPS process, and having taken 17 plays to full production from the series, including “The English Bride” by Lucile Lichtblau, which later transferred from CSC to a sold-out run at 59E59 Theatres in New York City. This year’s “Hitlers Tasters” by Michelle Kholos Brooks (from the WPS) , will move to New York City in fall, 2018. The WPS program offers playwrights the opportunity to work with professional actors and directors in a workshop rehearsal process, and to hear their work in front of a live audience – a critical part of the development process.  Lively talk-backs with the playwright and cast follow each presentation, and one play is selected each year as the winner of the Susan Glaspell Award, which promises a full production in the main-stage season at CSC and a monetary award for the playwright.

The WPS receives support from the Geraldine R. Dodge Foundation,  The Shubert Foundation, the NJ State Council on the Arts, The Blanche and Irving Laurie Foundation, Zonta Club of Morristown,  and season sponsor Heath Village. Additional theatre support comes from a Grand Producer grant from the House of the Good Shepard.

On April 25, Another Revolution by Jacqueline Bircher, a humorous but compelling story of two diametrically opposed scientists from opposing disciplines and very different backgrounds, thrown into a lab together in the midst of a campus devolving into political chaos in 1968. As the turmoil of the outside world threatens to intrude, they each discover what it’s truly like to be thrown into someone else’s orbit.