WORKS BY JOAN SPEARE ON EXHIBIT IN LIVINGSTON 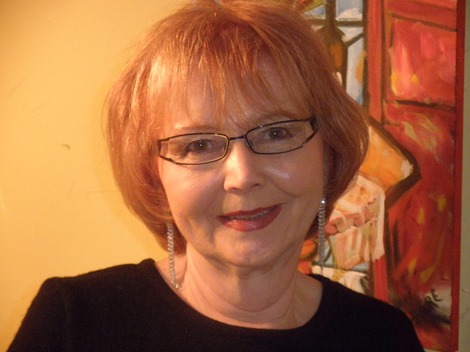 The Works of Joan Speare

A native New Englander, Joan relocated to Charlotte, NC, to avoid the winters.
While in North Carolina, Joan fulfilled a promise to herself to take up painting when she retired. She found a studio and studied with Lee Baumgarten and Denise Torrance, internationally acclaimed artists. Several of her oils have been
shown in juried shows around Charlotte, NC. Some of her pieces are in private
collections, and one, of a frog,  is traveling around the world in a display to bring awareness to the danger of their extinction by chemicals.

But family ties beat sunshine. Ms. Speare moved to Livingston to be near her daughter and family when her son-in-law was diagnosed with pancreatic cancer and passed away. She is grateful to be here to help her daughter raise her two sons. “It’s much easier being a grandparent than a parent and much more fun.”
Joan found the art world here and joined the Livingston Art Association as well as the Arts Council of Livingston, becoming its Vice President of Visual Arts. She took on the responsibility of publicity for the ACL Art Gallery as well as the Livingston Community Players.

Joan is presently studying with Laurie Harden at the Livingston Community Center. She is participating in several local art shows including the ACL Gallery, Studio Montclair, Gaelen Art and the Livingston Arts Association, winning an honorable mention for an abstract in their fall 2014 show.

Currently, Joan is enrolled in the Rutgers University Master Gardeners curriculum, volunteering at various Essex County parks and the annual Garden Sale in the spring.

"Artistic expression nourishes my soul.  I am pleased to share my art with you.”   —Joan