Refugees and Migrants: What would it take to make you leave your home?

Please join us as we learn about the plight of refugees from war torn Syria with two compelling film shorts. 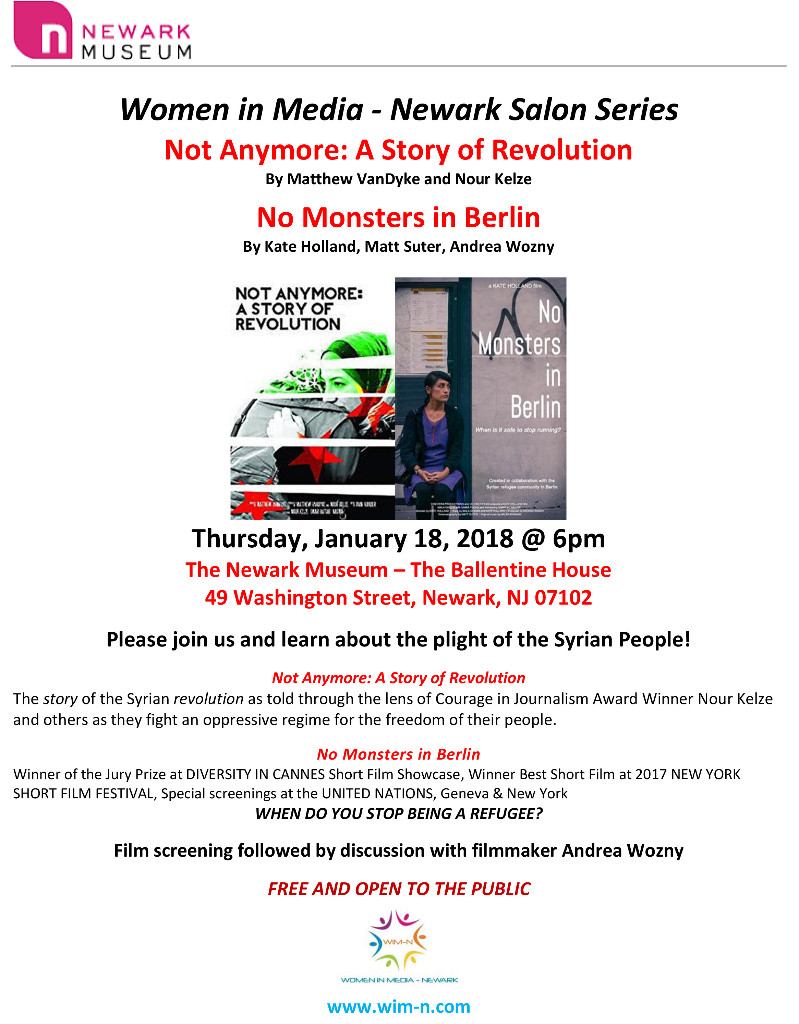 Our focus for this month's Salon is on two film shorts that examine the plight of the Syrian people as they cope with the aftermath war that is ravaging their country.

Not Anymore: A Story of Revolution is a 15 minute documentary film that tells the story of the Syrian struggle for freedom as experienced by a 32 year old rebel commander, Mowya, and a 24 year old female journalist, Nour, in Aleppo, Syria. The film clearly and concisely tells why the Syrian people are fighting for their freedom, told through the emotional words of two powerful characters whose lives have been turned upside down and torn apart by war.

Nour is a schoolteacher-turned-journalist who faces death on the front lines to tell the world about the war that is destroying her country. The film’s title is derived from the opening line of the film, when Nour says, “I used to wear fancy dresses and high heels. Not anymore.” Now she wears body armor and a helmet. She is fearless, determined, and brilliant, but also lives with the pain of friends who have been tortured, raped, and murdered by the Assad regime. She tells not only her story, but theirs, and in so doing she shows the audience what life is like for a Syrian girl who is spending her 20s in war as everything she knows and loves is destroyed.

No Monsters In Berlin is a short film about hope.

Our story follows a young woman, Jaya, who escapes a dark past in India to reclaim herself in a new city of refugees - Berlin.  While working as a nanny during the week, Jaya creates a sanctuary of her own on the weekends, rooted in her expertise of the German language.  She volunteers as a German teacher for newly arrived refugees of the Syrian crisis.  When a new student enters her class, Jaya discovers an unspoken bond that perhaps will guide her to her own healing.