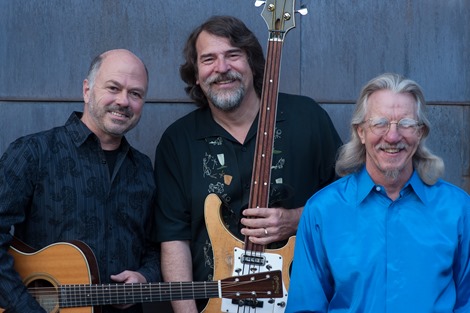 WHEN: Saturday, January 20, at 8:00 pm
WHERE: The Bickford Theatre is located at 6 Normandy Heights Road in Morristown and offers free parking and full accessibility
TICKETS: $45 in advance and $50 at the door and may be purchased by calling the box office at 973-971-3706 or visiting www.morrismuseum.org/jazz-showcase.
Box office hours for phone sales are Monday through Friday, 10:00 am to 5:00 pm. Walk-up hours are Tuesday through Friday, 11:00 am to 5:00 pm.

Many performers are children of famous musicians, but it is not always easy to carve an independent path in entertainment world. One can think of Frank Sinatra, Jr. or Natalie Cole as examples. But on January 20, the Bickford Theatre will present the son of a jazz legend who has become a musical star in his own right. Dave Brubeck’s son Chris Brubeck will perform with his group Triple Play whose good-time music draws on folk, blues, and jazz. Triple Play delivers an epic sojourn through American music unlike any other band today.

A Grammy-nominated composer and musician Chris Brubeck has been called “one of the finest jazz trombonists around today” by Downbeat Magazine and “one of the most capable electric bassists” by the Los Angeles Times. He began touring and recording with his legendary father when he was young and has gone onto international acclaim as a performer, composer, and band leader. He has worked with a diverse cross section of artists including opera stars Frederica von Stade and Dawn Upshaw, pop stars Willie Nelson and B. B. King, and jazz greats Gerry Mulligan, Stephane Grappelli, and Bobby McFerrin.

Joining Brubeck in Triple Play are two exceptional musicians. Peter Madcat Ruth is a Grammy Award-winning virtuoso harmonica player who is equally at home playing jazz, blues, folk, country and just plain rock and roll. He studied with the legendary Chicago bluesman Big Walter Horton and has developed a reputation as one of the best and most versatile harmonica players in the world. He performs all over the world with Triple Play and with guitarist/singer Shari Kane in the duo Madcat & Kane.

And Singer/guitarist Joel Brown is Senior Artist-in-Residence at Skidmore College who maintains an active and eclectic performance schedule. In addition to being a regular member of Triple Play he is a much in-demand soloist and chamber musician. He has appeared with a variety of groups including the Chamber Music Society of Lincoln Center, the Singapore Chinese Orchestra, and the Boston Pops. He has appeared at Carnegie Hall, performed on NBC’s Today Show, and has been featured on NPR.

Chris Brubeck explains that Dave was always just dad to him. “I remember a couple of experiences when I was very young that got me thinking differently about my dad. One night after a concert with the famous quartet, we went to a classic New Jersey diner where they had a jukebox. I remember sitting in the booth and noticing ‘Take Five’ on the playlist and being amazed. The other time it hit me that my dad was famous was when the Beatles came to America. When I heard them say in an interview that they listened to Dave Brubeck, I knew that dad was important.”

Chris Brubeck’s Triple Play has one foot in the jazz world and another in the blues world with a repertoire includes many famous Dave Brubeck tunes such as “Take Five,” “Blue Rondo a la Turk,” “Unsquare Dance,” “It’s A Raggy Waltz,” and the beautiful “Thank You.”