Auditions now being scheduled for “You Can't Take it With You” 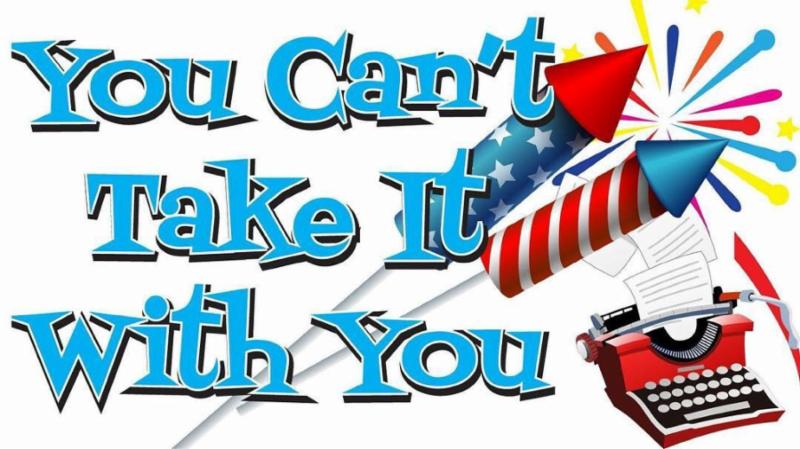 YOU CAN’T TAKE IT WITH YOU
by Moss Hart and George S. Kaufman
Directed by Maren Sugarman

You Can’t Take It With You is a popular, iconic comedy classic. Set in 1936, the play centers on the home of Martin Vanderhof and his extended family – a brood that “goes on about the business of living life in the fullest sense of the word.”

The play opens with the every day ordinary lives of the family: plays being written; candies being made; ballet performed to the music of a xylophone; snakes being fed; fireworks going off in the basement; communist propaganda being printed – the usual. Things start happening when Martin’s younger granddaughter, Alice, announces the imminent arrival of Tony Kirby into their lives. Tony wants to marry Alice, but she knows that her family is the antithesis of Tony’s family because he is the son of her boss, the wealthy founder and owner of Kirby and Company.

As preparations proceed for the two families to meet, plans are thwarted as the Kirby’s arrive for dinner on the wrong evening (accidently?). Proverbial hilarity ensues: hot dogs are sent for; dull honeymoons and sex are discussed; a Russian ballet master wrestles Mr. Kirby to the floor – the usual.

When all seems hopeless, Government Agents show up and arrest everyone. In the end, it is not just Alice and Tony’s love that wins the day. The true winners are the love of family, the love of friends, and above all, the love of life. A happy ending brings the families together and even includes a tax refund.