Singer/Songwriter John Sebastian To Appear in Morristown on November 30 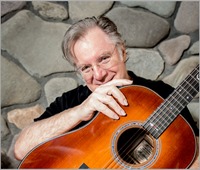 WHEN: Thursday, November 30, 8 PM
WHERE: The Bickford Theatre at the Morris Museum, 6 Normandy Heights Road in Morristown
TICKETS: $45.00 in advance, $50.00 at the door and are available through the Bickford Theatre website at www.morrismuseum.org/la-carte-series or by calling 973-971-3706.

For almost 50 years, songs by John Sebastian have been a permanent part of our American musical fabric. From The Lovin’ Spoonful to Woodstock to “Welcome Back Kotter,” this Rock and Roll Hall of Fame singer/songwriter and virtuoso musician was responsible for a host of hits: “Do You Believe in Magic,” “You Didn’t Have To Be So Nice,” “Daydream,” “Younger Girl,” “Did You Ever Have To Make Up Your Mind,” “Summer In The City,” “Rain On The Roof,” “Nashville Cats,” “Darling Be Home Soon,” “Younger Generation,” and, of course, “Welcome Back.”

Raised in Greenwich Village by a mother who wrote for radio and a father who was a famed classical harmonica player, John honed his performance skill in New Jersey at Blair Academy. Making his professional debut with the Even Dozen Jug Band, John quickly became a much sought-after accompanist, working with Fred Neil, Tim Hardin, Mississippi John Hurt, Judy Collins, and Bob Dylan.

With his group, The Lovin’ Spoonful, he became an international star and had a string of smash hits which led to writing music for films such as Francis Ford Coppola’s You’re A Big Boy Now and Woody Allen’s What’s Up Tiger Lily. And then came Welcome Back, a chart-topping solo recording for the popular television show. Since then he has not slowed down, recording, touring, writing and even creating a series of instructional materials for guitar. He was the subject of a PBS special “Do You Believe in Magic: The Music of John Sebastian” and his music is heard everywhere, in movies, on television, in commercials, and on the radio.

The legendary head of Artist Relations at Martin Guitar Dick Boak, who created more than 150 signature guitar series for the greatest guitarists of the past half century, will be on hand to introduce John Sebastian. Dick’s acclaimed book Martin Guitar Masterpieces tells the stories of those collaborations. In addition, he continues to pursue his art and his music.

Whether you made to Woodstock or not, you won’t want to miss this evening of great music and fascinating story-telling with one of this generation’s greatest songwriters.

About the Morris Museum
Founded in 1913, the Morris Museum is an award-winning, community-based arts and cultural institution which serves the public through high caliber exhibitions in the arts, sciences and humanities. The Museum also offers educational programs, family events, and is home to the Bickford Theatre and its wide range of performing arts offerings. Continuously serving the public since 1913, the Morris Museum has been designated a Major Arts Institution and has received the New Jersey State Council on the Arts’ Citation of Excellence, among other awards. The first museum in New Jersey to be accredited, the Morris Museum was re-accredited in 2013 by the American Alliance of Museums. The Morris Museum is a Blue Star Museum, offering free admission to active duty military personnel and their families, from Memorial Day to Labor Day.

The Museum is located at 6 Normandy Heights Road (at the corner of Columbia Turnpike) in Morristown, NJ, and is open Tuesday, Wednesday, Thursday, Friday and Saturday, 11:00am to 5:00pm and Sunday, 12:00 to 5:00pm. In addition, the Museum is open evenings from 5:00 to 8:00pm on the second and third Thursday of the month. Admission to the Museum is $10 for adults and $7 for children, students and senior citizens. Admission is always free for Museum members. For more information, call (973) 971-3700, or visit http://www.morrismuseum.org