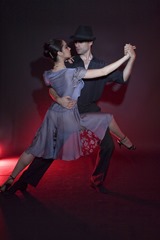 WHEN: Friday, October 20, 2017, 8pm / Saturday, October 21, 2017, 8pm
WHERE: State Theatre, 15 Livingston Ave., New Brunswick
TICKETS: $25-$70
For tickets or more information, call the State Theatre New Jersey Guest Services at 732-246-SHOW (7469), or visit us online at STNJ.org. The State Theatre New Jersey Ticket Office, located at 15 Livingston Ave, New Brunswick NJ, is open Monday through Friday from 10am to 6pm; and at least three hours prior to curtain on performance dates unless otherwise specified. For information on group outings and discounts, call 732-247-7200, ext. 536. Some additional ticket and transaction fees may apply.
The performances are sponsored by AARP 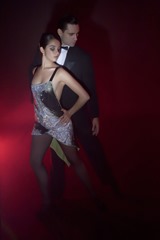 Tango Buenos Aires has become one of Argentina’s great cultural exports, known throughout the Americas, Europe, and the Far East as the most authentic and uncompromising representative of the Tango. Tango Buenos Aires was created for the "Jazmines" festival at the famous Buenos Aires cabaret "Michelangelo" by renowned composer and tango director Osvaldo Requena. The company met with tremendous success and was immediately added to the season of the General San Martin Municipal Theatre.

Since then they have traveled to dozens of countries such as Ecuador, Germany, Spain, Malaysia, Thailand, Chile, Finland, Japan, China, and dozens of major U.S. cities. With each show, they bring their Argentinian culture and dance and display it for their audiences to learn and enjoy.