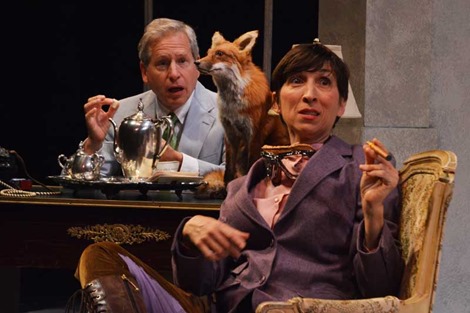 There is comic mayhem in Chrysale’s household as the women of the house rabidly pursue the new intellectual movement of the era. Add a meek husband, a pretentious poet, a loony sister and a couple of sassy servants to complete what some reviewers have called “a giddy evening of theatre!”

Centenary Stage Company’s production of The Learned Ladies is sponsored in part by The House of the Good Shepherd and Heath Village Retirement Community.

For more information or to purchase tickets visit www.centenarystageco.org or call (908) 979 – 0900.  The Centenary Stage Company box office is open Monday through Friday from 1 – 5pm and two hours prior to each show.  The box office is located in the Lackland Performing Arts Center at 715 Grand Ave. Hackettstown, NJ.  Centenary Stage Company can also be found across social media platforms; Facebook, Instagram and Twitter.  Like and follow to receive the latest in CSC news and special offers.