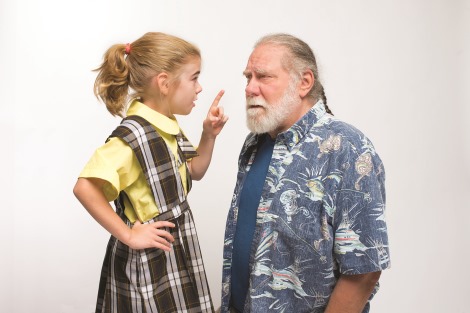 The Net Will Appear

Discount Parking available at The Harlow at 1330 Willow Avenue and at Little Man Parking at 1300 Jefferson Street.

The Net Will Appear is a heartwarming comedy of an unlikely friendship between the feisty 9-year-old Rory and her septuagenarian neighbor Bernard.

Seventy-five-year-old Bernard (Richard Masur) finds quiet solitude on his rooftop, until one day his new neighbor, 9-year-old Rory (Matilda Lawler), discovers him and demands his attention. She eventually earns his friendship, and the two save each other from their lonely worlds below. The Net Will Appear is a comedy full of heart where two wonderfully eccentric people find true friendship.

MST Artistic Director Chris O’Connor says of the show, “Mile Square Theatre is committed to developing new work, and I fell in love with Erin’s script from the first read. We are excited to give the play its first production. The play depicts a unique friendship; two characters, wildly different, find each other from atop their suburban rooftops and forge a beautiful friendship. We are also thrilled that Richard Masur is available to play the role of Bernard opposite a very talented local actress, 10-year-old Matilda Lawler. Our audiences are in for a real treat.”