Reviewed by Michael T. Mooney at NJ Rep
Thanks to Rick Busciglio of www.njfootlights.net 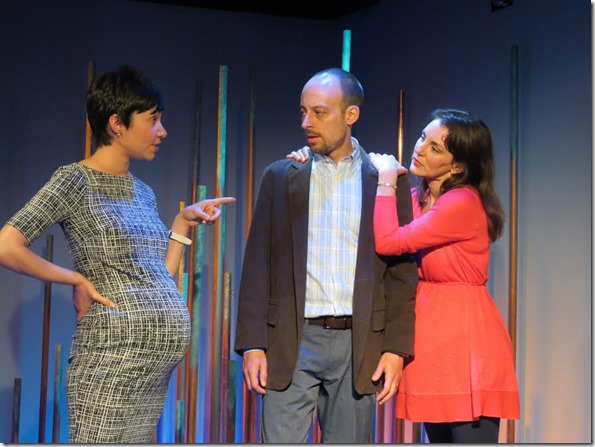 Let's be clear about one thing, despite the title and poster art, Don Weitzman's world premiere now onstage at New Jersey Rep is only peripherally about sports. It's about a lot of things, but football is definitely on the sidelines of what proves to be a very crowded, but ultimately satisfying, narrative.

Meeting one's childhood idols can have life-changing consequences, as superfan Ed finds out when his wife Sarah grants him his 40th birthday wish – to meet his favorite football player Don Devers. Sarah has struck up an online friendship with the player's daughter Stephanie, who brokers the meeting with her now reclusive father. Due to a game-related brain injury, long-retired Don has retreated into a solitary world of Pringles, Post-its, and prescription meds. Ed is elated when Don invites him to spend a whole week with him, culminating in watching the Super Bowl together. He even gives the part-time amateur blogger free reign to write about their week together, which they both hope will culminate in something akin to TUESDAYS WITH MORRIE. When Don reveals darker intentions, Ed begins to question the whole endeavor. 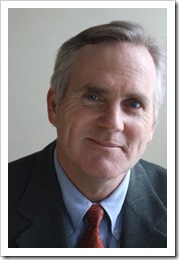 As usual, NJ Rep has assembled a terrific cast led by Broadway veteran Malachy Cleary as Don (photo). The character is a complex one, facing a harrowing crossroads in his life. Cleary infuses Devers with enough nuance and range to keep things compelling from curtain to curtain. Dan McVey is excellent as Ed, Don's biggest fan, a man whose home life is changing due to the imminent birth of his first child while he is still coping with the realities of Don's current condition. His earnest wife Sarah is played with straightforward sincerity by Susan Maris. The acerbic Stephanie is in the capable hands of Lori Vega, who makes Don's sharp-tongued daughter palatable and – at times – even somewhat likable.

HALFTIME WITH DON is a 'rolling world premiere' kicking off in Long Branch and continuing on to two other theatres. This will give playwright Weitzman a chance to hone the text, which in its current state seems to occasionally wander from its main attraction – the unique dynamic of Don and Ed. At times, Sarah and Stephanie (both very pregnant) seem to be in another play entirely. Their conversation strays to frank (and curse-laden) chatter about vibrators and birthing techniques making their scenes seem like something by David Mamet, while Don and Ed play out a psychodrama by Marsha Norman. Even the NJ Rep's usually dependable scenic design fumbles the ball. The tarnished copper pipes lining the playing area probably have some sort of symbolic significance, but in such a topical play, there's scant time to consider what it might be. However, when Don and Ed are tackling their fears (and each other) head on, the play scores a theatrical touchdown.

With this show NJ Rep marks its 115th production, nearly all premieres of new plays. Each one is lavished with the care and passion of producer Gabor Barabas and his wife, artistic director SuzAnne Barabas – people who deeply care about the nurturing of the American theatre and have contributed immeasurably to its growth during the last two decades. Toward that end, they have embarked on the creation of a brand new arts center in Long Branch, hoping to broaden their reach and foster future artists here in New Jersey and beyond. With community support, NJ Rep can score big and become the Super Bowl of NJ Arts. In the meantime, there's an entertaining HALFTIME show.

HALFTIME WITH DON by Don Weitzman continues through July 30th at the New Jersey Repertory Company, 179 Broadway, Long Branch, NJ 07740. For tickets and information log on to www.njrep.org or call 732-229-3166.