DOORS ARE OPEN FOR “WRITER BABES” (WITH EARLY BIRD BONUSES) 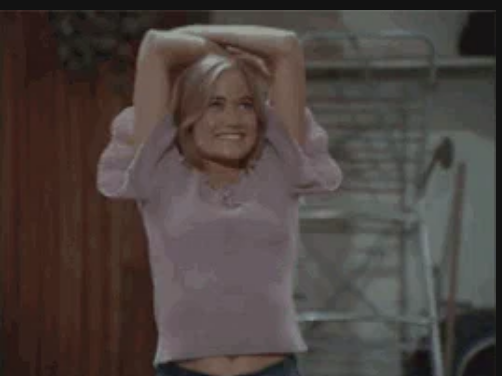 The online Writer Babes program is officially open for enrollment!

(See, even Marcia's over the moon!)

I've been facilitating Writer Babes workshops in person for over 15 years. During that time, I've often heard from people who don't live anywhere near NJ (where I offer most of the workshops) saying: "I want to be a Writer Babe! When are you going to go online with them?" (Say that to yourself in a Veruca Salt voice, cause: fun.)

It's not that I was trying to keep the groups exclusive and in-person, it's just that I wanted to be sure an online group would be able to offer a similar feeling of safety, intimacy, and inspiration.

And by George, I think I've finally got it, and I'm so excited to share this new version with you. Read on, or find out more on the website.

Today, the doors open for early bird registration of The Writer Babes.

All you need is a phone, a Facebook account*, and something to write with/in, and a real desire to dig in, and rediscover yourself amidst the chaos, craziness, and celebrations that are part of this wild rollercoaster called midlife.

We’ll kick things off on July 10th, but when you sign up now (or any time before June 25th) you’ll not only pay $40 less than the regular price, you'll also get some early bonus goodies and inspiration, so you can start getting as excited as Ms. Brady herself.

You can also snag one hour of private coaching with me at 50% off my usual price. With 1-on-1 coaching, you’ll have the chance to go deeper with 100% focused, individualized attention and support. Schedule it in a one hour call, or break it up in two half-hour calls.

If you want to start showing up differently in your own life, and declare your independence from the things that no longer serve you (but you can't seem to shake); if you want to explore your options, and start taking steps to make changes, then come join the Writer Babes.