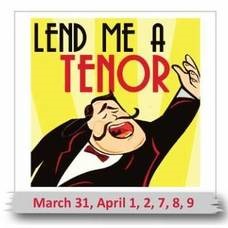 LEND ME A TENOR
by Ken Ludwig 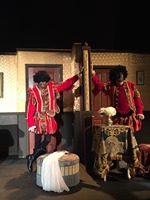 When the world-famous tenor, Tito Merelli, is invited to perform Otello, at the Cleveland Grand Opera Company, Henry Saunders, the opera’s executive director, has high hopes that Merelli’s performance will put Cleveland on the operatic map. However, when the tenor is accidentally drugged at the final dress rehearsal, the production team must produce a double to fill his role.  Pretty soon, two Otellos are running around in costumes, and two smitten women are running around in lingerie, and the mayhem that ensues will keep you in stitches!