"We are so fortunate to have this opportunity, a unique instructive initiative for our students,” said Roberta Mathes, Artistic Director of beyondDANCE. “A fresh voice always gives a new perspective on established classical technique.”

“There are no words to describe what this program will bring. The kids will be challenged physically and mentally. They will push their own limits, but more importantly, they will be inspired to become the best that they can be. Having access and the ability to work with these top professional will help ignite the next generations of artists and audiences alike,” said Daniel Ulbricht.

“Under the artistic leadership of New York City Ballet's extraordinary Principal, Daniel Ulbricht, this series will provide students and audiences alike important insights into the world of dance led by some of the world's most renowned artists,” said Jeffrey Kaufman, the event coordinator.  “Special thanks to the leadership of bergenPAC and their vision in bringing this organization to ever greater heights of artistic excellence.” 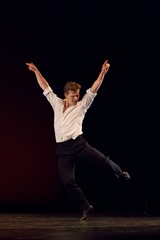 Daniel Ulbricht
Daniel Ulbricht was born in St. Petersburg, Florida, , and began his dance training at the age of 11.  At age 16, Mr. Ulbricht was invited by the School of American Ballet (SAB), the official school of New York City Ballet, to continue his training.  As a student at SAB, Mr. Ulbricht performed with New York City Ballet as a Jester in Peter Martins' The Sleeping Beauty. In December 2000, he became an apprentice with New York City Ballet and in November 2001 he joined the Company as a member of the corps de ballet. In January 2005, Mr. Ulbricht was promoted to the rank of soloist and principal dancer in May 2007.  During his time there, he has danced featured roles in a number of Balanchine, Robbins, Martins, and Wheeldon ballets including George Balanchine’s Prodigal Son, Tarantella, Stars and Stripes, A Midsummer Night’s Dream, Mozartiana, Nutcracker, Symphony in 3, The Steadfast Tin Soldier: Jerome Robbins’s Fancy Free, Interplay, Four Seasons; and Peter Martins’s Jeu de Cartes, Hallelujah Junction, Eight More, Swan Lake, Sleeping Beauty, Romeo + Juliet among many others.  Mr. Ulbricht has also danced Tarantella at the 2004 Kennedy Center Honors to celebrate the Balanchine Centenary.  He has also performed at a number of national and international festivals and galas.  Mr. Ulbricht is a guest teacher at the School of American Ballet, Ballet Academy East, as well as, teaching at a number of well-known national dance schools, private schools, and universities throughout the United States.  Mr. Ulbricht is currently the Artistic Advisor of Manhattan Youth Ballet.  Mr. Ulbricht is also the Artistic Director of New York State Summer School for the Arts in Saratoga Springs, NY.  Mr. Ulbricht is also founder and director of “Stars of American Ballet”, a touring group focusing on high art, education and outreach. 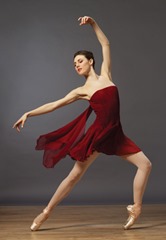 Tiler Peck was born in Bakersfield, California. She began her dance training at the age of seven, studying privately with former Bolshoi Ballet principal dancer Alla Khaniashvili in Hollywood. At the age of 11 she began studying at Conjunctive Point in Culver City, California, with former New York City Ballet (NYCB) dancers Colleen and Patricia Neary. During this time she also studied with former NYCB principal Yvonne Mounsey at Westside School of Ballet in Santa Monica. At the age of 12, Ms. Peck entered the School of American Ballet (SAB), the official school of New York City Ballet, for most of the 2000-2001 Winter Term. She returned to SAB during the summers of 2002 and 2003, and that fall began as a full-time student. In September 2004, Ms. Peck became an apprentice with NYCB. In February 2005 she joined the Company as a member of the corps de ballet. She was promoted to soloist in December 2006 and principal dancer in October 2009. 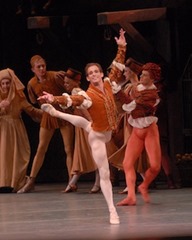 Born in Miami, Florida, Craig Salstein began his training at the Ballet Academy of Miami at the age of eight; he then continued his training with the Miami City Ballet. In 1995, he was the Grand Champion of Ed McMahon's Star Search. For two summers he trained with The Joffrey Ballet, the School of American Ballet and at American Ballet Theatre's Summer Intensive as a National Training Scholar. He joined Miami City Ballet in 1999 and American Ballet Theatre's Studio Company in 2000. In 2002 he joined the corps de ballet of American Ballet Theatre (ABT) and was promoted to Soloist in March 2007. Salstein reflects on the quandary of today’s top-flight dancers: trained by modern methods that enable them to perform at a technical level far beyond the demands of the corps de ballet in the classics. He is a fiery presence on stage at American Ballet Theatre as Mercutio in Romeo and Juliet, the Bronze Idol and the Head Fakir in Bayadère, Puck in The Dream, the traitor Birbanto in Corsaire, the Champion Roper in Rodeo, the first sailor in Fancy Free. Off stage, he burns just as intensely. 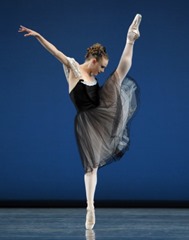 Sara Mearns was born in Columbia, South Carolina, and began her dance training at the age of three with Ann Brodie at the Calvert-Brodie School of Dance, also in Columbia. At the age of 13, Ms. Mearns trained with Patricia McBride at Dance Place, the School of North Carolina Dance Theatre in Charlotte. She continued her studies at age 14 with Stanislav Issaev at the South Carolina Governor's School for the Arts and Humanities in Greenville. Ms. Mearns entered the School of American Ballet (SAB), the official school of New York City Ballet, full time in the fall of 2001. In the fall of 2003 Ms. Mearns became an apprentice with New York City Ballet. As an apprentice, Ms. Mearns danced a featured role in Michel Fokine's Chopiniana, performed by SAB as part of New York City Ballet's 2004 winter season. In June of 2004, Ms. Mearns joined the Company as a member of the corps de ballet. In March of 2006 she was promoted to soloist and in June 2008, Ms. Mearns was promoted to principal dancer. 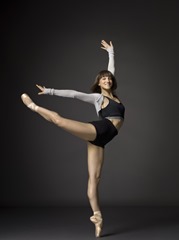 Ashley Bouder was born in Carlisle, Pennsylvania, and began her ballet training at the age of six at the Central Pennsylvania Youth Ballet with Marcia Dale Weary. After attending the 1999 Summer Program at the School of American Ballet (SAB), the official school of New York City Ballet, she was invited by SAB to continue her training during the Winter Session. As a student, Ms. Bouder performed featured roles in Balanchine's Dances Concertantes and Stars and Stripes for the School of American Ballet's 2000 Annual Spring Workshop. Ms. Bouder was named an apprentice with New York City Ballet in June 2000 and became a member of the corps de ballet that October. She was promoted to the rank of soloist in February 2004, and in January 2005, Ms. Bouder was promoted to principal dancer. 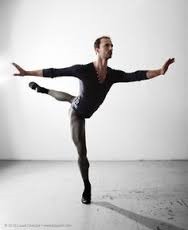 The Education program at bergenPAC features a series of classes, school residencies, workshops, live performances, student productions and ensemble groups in the performing arts for students ages 2 1/2 months to 21 years old.  The program provides students with unique and “hands-on” arts training by industry professionals that allow them to gain real world experience and enhance academic achievement through the arts. bergenPAC’s arts education initiatives occur on-site at our new Performing Arts School building at 1 Depot Square, Englewood, NJ or off-site at other schools. The school reaches more than 30,000 students annually. The Performing Arts School offers basic and professional level performing arts classes and ensemble groups and productions in theater, dance, and music for students of all ages. The school also offers beyond bergenPAC, a school Partnership Program with school districts throughout the area.

Founded in 2003, the 1,367-seat Bergen Performing Arts Center, or bergenPAC, is the area’s cultural mecca. Housed in a historic Art Deco-style theater boasting one of the finest acoustic halls in the United States, bergenPAC attracts a stellar roster of world-class entertainment. The jewel in our crown is The Performing Arts School at bergenPAC – the innovative, educational performing arts initiative that reaches more than 30,000 students annually. The Performing Arts School provides community youth, age 2 months to 21 years, with unique, “hands-on” training in music, dance and theater by industry professionals. It is through the ongoing generosity of sponsors, donors and patrons that the not-for-profit 501(c)(3) corporation bergenPAC and The Performing Arts School are able to thrive and enrich our community.