WHERE: West End Performing Arts Center located at 132 West End Avenue in Long Branch, NJ
To sign up for classes, contact 732-229-3166 or visit www.njrep.org and fill out an application online.

Calling all aspiring writers and actors! Now is your chance to take your talents and skills to the next level. Come one, come all. Beginners to experienced, anyone can apply and everyone has a story to tell and a dream to fulfill. NJ Rep is offering Intro to Acting, Advanced Acting and Playwriting courses taught by accredited professionals in their field.

Engage your mind, free your imagination and challenge yourself by learning the art of acting. Learn improvisational skills by using traditional theatrical techniques. Writers of all levels are encouraged to learn playwriting basics and practice techniques for effective storytelling. Write short plays, develop your inner writers’ voice and have your play read on stage! 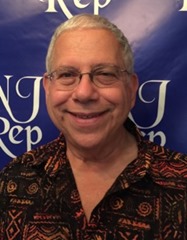 NJ Rep’s Literary Manager Joel Stone is formerly the artistic director of Off-Off Broadway's The Theatre Asylum.  On May 17, 1998, his play Horrors of Doctor Moreau (published by Samuel French, Inc.) became the first script-in-hand reading to debut at New Jersey Repertory Company. The following year, his short play The Age of Miracles premiered at NJ Rep and went on to be a finalist at the Samuel French Short Play Festival.  Also in 1999, NJ Rep presented “Written in Stone”, an evening of Joel's short plays, including The Speck of Dust in Bugsy's Eye (featuring the late Kim Hunter).  From 2000-2002, he was the Theatre Education Coordinator for the New York City Board/Department of Education.  In 2012, Joel directed the acclaimed MainStage production of Gino DiIorio’s Release Point.  In 2014, he was the Director/Mentor of the award-winning NJ Rep Young Playwrights Project, “Shelter from the Storm,” where local high school students wrote short plays about Hurricane Sandy. For the past three years, he has been an adjunct professor of playwriting in the English Department at Monmouth University and recently joined the Theatre Department to teach improvisation.  He was among three playwrights who won the 2016-2017 NJPAC Stage Exchange Commission for his proposal for a new play, to premiere at NJ Rep in the 2017-2018 season.  Since 2015, he has been New Jersey Repertory Company’s Literary Manager.

Leave your inhibitions at the door! This class is a fun way for beginners to dip their toes into the actors’ pool. Learn basic acting skills and techniques to loosen your core and get into character by performing technical exercises, cold readings, script analysis, improvisation, and scene performances. 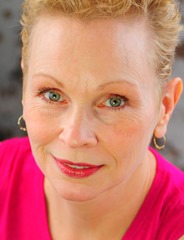 Gail Winar is an actor, director, producer and university professor. She has a BFA from New York University, Tisch School of the Arts; certificate from the Royal National Theatre of Great Britain; and an MFA from the Shakespeare Theatre Company's Academy for Classical Acting/GWU.​ Gail has toured throughout the US and Europe, and performed regionally across the country.  She originated roles in the world premieres of Trans Scripts at 59E59 and the Edinburgh Festival Fringe; Missa Solemnis at the Barrow Theatre; Beyond Gravity at New Jersey Repertory Company and What I Heard About Iraq at the Edinburgh Festival Fringe. Gail is currently an Adjunct Associate Professor at Kean University in Union, NJ and Marymount Manhattan College in NYC, and has taught for the Lee Strasberg Theatre and Film Institute/NYU, CUNY, Columbia Teacher's College, Vassar College, Stockholm University, and the Jakarta International School in Indonesia. She has also has served on the teaching staff for the American Ballet Theatre, American Globe Theatre, Classics on Tour, Theatre for a New Audience, National Shakespeare Company and the Shakespeare Theatre Company. Gail is a Master Teaching Artist with the Roundabout Theatre Company on Broadway, conducting hundreds of theater arts residencies each year for middle schools and high schools throughout the five boroughs.  In 2016, Gail also joined the New Jersey Repertory Company as an Artistic Associate, serving as an educational, literary and artistic consultant.

Acting in the Afternoon
taught by Wendy Peace

Deepen your acting chops and take your craft to the next level by honing your skills and learning character development, script analysis, monologue study, contemporary and classic scene studies. 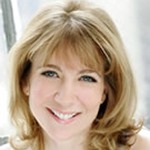 Wendy Peace has appeared as Melinda in Robert Caisley's Happy and Alice in The Housewives of Mannheim, a role she went on to play in Indianapolis, Santa Barbara and Off-Broadway. Wendy has also worked extensively regionally and on national tour in the USA, Canada and the UK. Other favorite roles include Elmire in Tartuffe (in French and English), Adriana in Comedy of Errors, Kate in Taming of the Shrew, Pam in The Poetry of Pizza, Lady M in Macbeth, and Claudius in an all-female version of Hamlet. Over the last 2 years she has performed 8 characters in Robin Rice Lichtig's solo show Listen! The River in New York, Edinburgh and London. Wendy has directed several productions, including winners of one-act play festivals. Wendy was the Program Director for the NJ Rep Young Playwright's Project. This award-winning program saw 8 New Jersey high school students write plays in response to Hurricane Sandy. The plays were then produced and performed at NJ Rep. When not involved in creative pursuits, Wendy plays hockey and volunteers with her pet therapy dog, Cooper the Great Dane. Proud member AEA, SAG-AFTRA and the League of Professional Theatre Women.