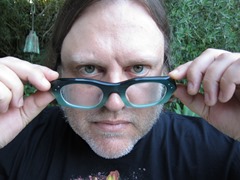 Popular Alternative musician Matthew Sweet is best known for his 1991 album, Girlfriend. After its release, he emerged as the leading figure of the American Power Pop revival.

The follow-up to Girlfriend was produced with Richard Dashut, who was best known for his work with Fleetwood Mac and Lindsey Buckingham. The resulting Altered Beast (1993) became a college radio hit and its “The Ugly Truth” and “Time Capsule” became MTV hits. Matthew Sweet recorded his fifth album, 100% Fun (1995), with Brendan O’Brien who previously worked with Pearl Jam and Stone Temple Pilots. 100% Fun went gold, and then platinum, on the Billboard Charts on the strength of the hit single “Sick of Myself.”

Matthew worked again with Brendan O’Brien for Blue Sky on Mars (1997). It was followed by In Reverse (1999), Time Capsule (2000) and Sunshine Lies (2008). Released in 2011, Modern Art features 12 compositions of Matthew’s trademark wistful and yearning Pop.

Matthew recently wrote and recorded (and sang and performed guitar on) a Journey parody song for an episode of The Simpsons in which Homer forms an ill-fated garage band.

Matthew is currently writing and recording an album at his new studio in Omaha where he now lives.

SOPAC programs are made possible in part by the New Jersey State Council on the Arts.

The South Orange Performing Arts Center (SOPAC) is a 501(c)(3)charitable organization. SOPAC received funding through a grant from the NJ Department of State, Division of Travel and Tourism, visitnj.org.