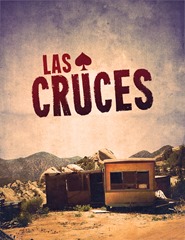 LAS CRUCES
by Vincent Delaney, the winner of the 2016 Premiere Stages Play Festival

WHEN: September 1 – 18; Thursdays and Fridays at 8:00 pm, Saturdays at 3:00 pm and 8:00 pm, and Sundays at 3:00 pm.
WHERE: Kean University’s Zella Fry Theatre (Vaughn Eames Hall, 1000 Morris Avenue, Union, N.J.)
TICKETS: $30 standard, $20 for senior citizens and Kean alumni, and $15 for students and patrons with disabilities. Significant discounts for groups of 8 or more apply.
To make reservations or to order a season brochure, please call the Kean Stage Box Office at 908-737-SHOW (7469) or visit Premiere Stages online at www.kean.edu/premierestages.

Tickets are also available for Premiere Stages’ exclusive Las Cruces Opening Night Party on Friday, September 2. This event features a pre-show party with wine and hors d’ oeuvres at the four-star farm-to-table restaurant Enoteca Ursino, reserved the performance, and a post-show champagne toast and dessert reception with the cast. Tickets for this exclusive event are just $55.00, and may be purchased by calling 908-737-7469.

Set in the New Mexico desert, not far from the casinos and the spaceport, Mr. Delaney’s enigmatic story of buried secrets, improbable friendship, and unexpected redemption follows Sheridan, a Connecticut man who has fled his life on the East Coast under mysterious circumstances, and Soledad, the wisecracking, teenage card player he befriends. Selected from over 400 submissions as the winner of this year’s Play Festival, an annual competition for unproduced scripts by area playwrights, Las Cruces will be directed by Premiere’s founding producing director John J. Wooten, and feature actors Brian Sutherland, Charlotte Cohn and Diomargy Nuñez.

Playwright Vincent Delaney is a recipient of the Actors Theatre of Louisville’s Heideman Award, McKnight and Bush fellowships, a Jerome Commission, the Reva Shiner Comedy Award, Core Membership at the Playwrights Center, and a residency at Seattle Rep. His plays have been produced throughout the United States, and in the United Kingdom, Canada, Japan, and the Netherlands.  His work is published by Smith and Kraus, Samuel French, Heineman, Dramatics Magazine, Theatre Forum, and Playscripts.com. His most recent play, Fire Station 7, will have its world premiere in 2017 at Seattle Children’s Theatre.

Mr. Wooten is in his twelfth season as producing artistic director of Premiere Stages, where he has directed and produced numerous new plays including The Beautiful Dark, The Good Counselor, and Follow Me to Nellie’s, all of which were honored by the American Theatre Critics Association. New Jersey Premieres he has directed include Rabbit Hole, Snakebit and Boy Gets Girl. Mr. Wooten is also a frequent director for the Academy of Television Arts and Sciences and is the resident director for the Peter Ustinov Screenwriting Competition, a project of the International Emmy Awards.

“Las Cruces provides a moving and fascinating exploration of the power of friendship and humor in the face of unspeakable tragedy,” stated Mr. Wooten. “The secret behind Sheridan’s mysterious escape to the desert has shattered more than his spirit; it has exacerbated a growing debate that is quickly dividing America.”

The accomplished cast includes Broadway veterans Brian Sutherland and Charlotte Cohn, and newcomer Diomargy Nuñez. Ms. Cohn, previously seen on the Great White Way in Coram Boy, is an Ovation Award winner for Baz Luhrmann’s acclaimed production of La Boheme, which originated at The Ahmanson Theatre in Los Angeles before transferring to Broadway. Mr. Sutherland’s numerous Broadway credits include The Sound of Music, 1776, Steel Pier, Victor/Victoria, A Change in the Heir, Dance a Little Closer, and Cats. Ms. Nuñez is perhaps best known for her work on the hit television series, “Law & Order: SVU”, and can also be seen in the feature film Money Monster, directed by Jodie Foster, released earlier this year.