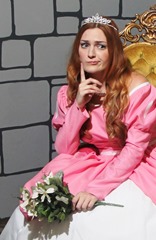 WHEN: Friday and Saturday evenings, July 29, 30, August 5 and 6 at 8 p.m. and Sunday, August 7 at 7 p.m.
WHERE: Chatham Playhouse 23 North Passaic Ave Chatham, NJ.
ADMISSION:$15 for adults (19 and older) and $13 for youth (18 and under). To access the theater’s online ticketing service, simply go to ccp.booktix.com.
For more information, call the box office at (973) 635-7363 or go to www.chathamplayers.org. It is highly recommended that tickets be purchased in advance.
Patrons with special needs requiring seating accommodations should contact the Playhouse at least 24 hours prior to the performance. Without prior notice, accommodations cannot be guaranteed. 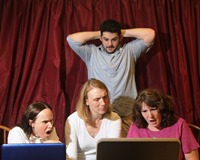 Jersey Voices has provided a venue for New Jersey playwrights to showcase their new works since 1995. Each year we hope to present the very best, new, original one-act plays by New Jersey authors. There’s a risk in coming to see any author’s new work, whether you’ve heard of them before or not. It’s brave and courageous, and we’re grateful our audience trusts us enough to share the experience. Jersey Voices has presented the work of more than 70 authors in their 22 years. “We are both proud and yet humble to be a part of the Theatre community. Playwriting is alive and well in New Jersey” says Producer, Bob Denmark.

Each year dozens of people—authors, actors crew, directors—do their best to give us new material, fresh faces, different perspectives and interesting ideas—in short, good theater. “The plays this year include comedy and drama and even a newlywed Prince and Princess. Though the themes cover many aspects of life—loss, fear and the need for deeper communication, there’s love in each piece” said Artistic Director, Bob Lukasik.

Each of the following pieces will be performed each night of the festival:

The Chatham Community Players has been entertaining residents of Morris County and the surrounding area since 1922. The organization’s mission is to produce high-quality theater for a diverse audience, while elevating its standard of excellence and providing a creative outlet with educational opportunities and outreach programs. For more information, including details of CCP’s upcoming 2016-2017 season, visit www.chathamplayers.org.