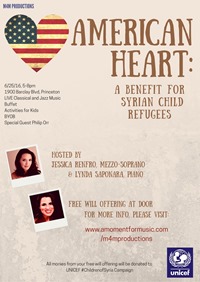 Operatic mezzo­soprano Jessica Renfro and pianist Lynda Saponara have joined forces to present "American Heart: A Benefit for Child Refugees in Syria," an evening of multimedia musical entertainment, food, and activities for children. The event is BYOB. 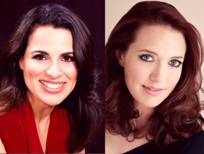 This cultural event was inspired by Renfro's desire to reach out to Syrian children. "It just seems so impossible to make an impact on a crisis so massive. And so, a lot of us have a moment of sadness and end up doing nothing. Lynda and I really wanted to highlight the creativity and generosity of Americans while helping UNICEF, an organization that is making a real difference in this conflict”, says Renfro. Saponara adds, “Even though musicians don't make the highest of salaries, we can use our art to do good in the world. We feel that the weekend before the 4th of July is a great time to come together as Americans and give opportunity to those who can't enjoy the privileges that we have.” 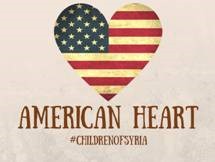 Since the Civil War in Syria began in 2011, more than 250,000 Syrians have lost their lives, and more than 11 million have been forced to leave their homes. An estimated 3.7 million children have been born since this conflict began. Through their #ChildrenofSyria campaign, UNICEF has provided clean water, medical vaccinations, education, and psychological support throughout this crisis.

This event is being produced by A Moment for Music, a company with a core mission to bring great music to great causes. A free will offering will be taken at the door, and all money will be donated to UNICEF's #ChildrenofSyria campaign. More about this production company and its artists is available at www.amomentformusic.com.