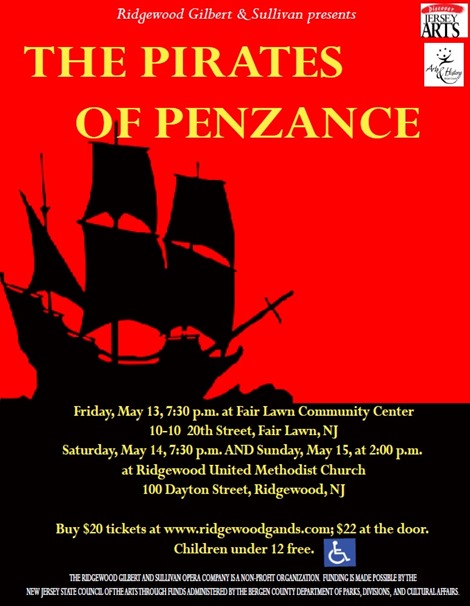 The Pirates of Penzance

The Pirates of Penzance tells the story of Frederic, a young man mistakenly indentured to a band of pirates. Frederic, upon reaching his twenty-first year, rejoices that he has fulfilled his indentures and is now free to return to respectable society and find a suitable wife, but it is not quite as simple as he thought it would be. Frederic falls in love with Mabel, one of the Major General's daughters, who is opposed to the pirates. Will Frederic turn against the pirates or help them with their kidnapping plots? Will Frederic and  Mabel be allowed to wed and live happily ever after?