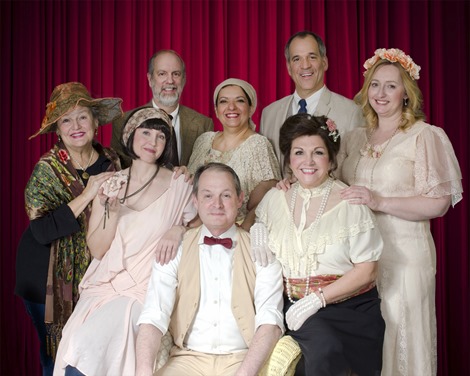 Set in the 1920's, Enchanted April takes place in a small town in Italy on the Mediterranean where four English women rent a place and try to come to grips with their lives and relationships. During their enchanted month in Italy, the ladies fall under the spell of their idyllic, sun-drenched surroundings. They rediscover laughter, learn new truths about themselves and find the romance they long for.

WHEN:  March 19, 2016 through April 16, Fridays and Saturdays at 8 PM; Sundays at 2 PM
WHERE: The Little Firehouse Theatre at 298 Kinderkamack Road in Oradell, home to the Bergen County Players since 1949.
TICKETS: $21 for Friday/Saturday performances and $17 for Sunday matinees, and can be purchased online at www.bcplayers.org, by calling 201-261-4200 or by visiting the box office at 298 Kinderkamack Road in Oradell during regular box office hours. Visa, Master Card, and American Express are accepted.

The Bergen County Players has grown tremendously from its roots as a small community theater when it was founded in 1932; today, nearly 300 volunteer members, working on and off stage, make possible the nine productions presented each season. The remaining Main Stage production is A View from the Bridge (April 30th to May 22nd) and the remaining Second Stage is An Evening of One Act Plays (June 4th and 5th).

Enchanted April opened at the Belasco Theatre on Broadway in 2003 and was a 2003 Tony Award nominee for Best Play. The New York Daily News said of the show, “A play filled with warmth and pervasive hope … romantic, charming, and gently poetic. Delightful.”

Director Iris Weinhouse of Hillsdale, is a life member of BCP. Previously, Weinhouse directed 45 Seconds From Broadway, Fools, Lovers and Other Strangers, The Bermuda Avenue Triangle and The Cocktail Hour. She has performed in many shows at BCP including To Kill a Mockingbird, Arsenic and Old Lace and The Little Foxes.

Gordon is a BCP veteran who has appeared at BCP in over 25 productions including August: Osage County, Sordid Lives, Whodunnit, Bermuda Avenue Triangle and The Prisoner of Second Avenue. Boyadjian has appeared in Ruthless! The Musical, Autograph Hound, Rapunzarella White, Sordid Lives, The Story of Hansel & Gretel and Lend Me A Tenor. Felice and Romano are thrilled to be making their stage debut with the Players.