The 2014/15 Signature Series comes to a close with two appearances by the famed Second City Comedy Troupe and NPR superstar Garrison Keillor.

The Second City is America’s leading brand in improv-based sketch comedy, with resident stages in both Chicago and Toronto. A comedy empire, its alumni include everyone from Mike Meyers to Steve Carell, Stephen Colbert, Tina Fey, and Amy Poehler. In sketches, songs, and its trademark improvisations, the Second City troupe has created customized sketches that take aim at all things Jersey, from the Meadowlands to the Boardwalk, politics to the Pine Barrens, casinos to Chris Christie. 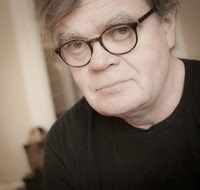 Garrison Keillor’s protean talent has embraced every possible genre, as author (22 books), story teller, poet, essayist, humorist, and most notably, radio personality—as the host of public radio’s beloved A Prairie Home Companion for 30 years. The weekly radio broadcast, famous for its folksy mix of comedy sketches, original songs and Keillor’s signature monologue “The News from Lake Wobegon,” has become, along with its creator, a national institution. (photo by Claudia Danielson)

TICKET INFORMATION: Tickets are available online at www.mccarter.org, by phone at (609) 258-2787, or in person at the McCarter Theatre Ticket Office, located at 91 University Place in Princeton.